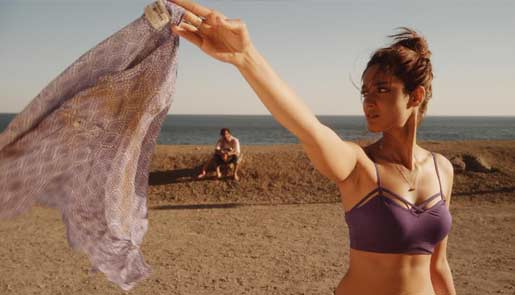 The Saif and Ileana starrer Happy Ending is one of the most awaited films of the year. Based on the concept of one - day -at - a -time - relationship, Happy Ending is a new age rom com.

One of the funniest scenes of the film, its a take at all the quintessential rom com sequences.  Saif Ali Khan teaches Ileana D'Cruz how to ask for a hitch hike.

Saif tells Ileana to strip for a lift. And Ileana Being a sport decides to strip.

So right in the middle of Pacific Coast highway (Highway between San Fransisco to Los Angles) , Ileana D'Cruz stripes right up to get a ride !!!