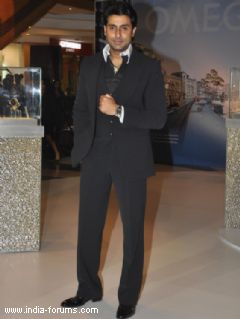 The dashing and the handsome actor Abhishek Bachchan has entertained the viewers through his acting skills in movies. Abhishek has always walked with the agenda of doing a movie to entertain the audience and not for breaking any records.
The talented actor is also seen in many of the commercials on television. Being the brand ambassador for the brand Omega watches from past 8years, we recently got in touch with him at the Omega's new watch launch in Mumbai to know about his association with the brand, his love for watches, what makes the new Omega watch different from the other watches, and much more

Read on to know what he has to say

Talking about the Omega watch, Abhishek Bachchan shares, "Omega is not just a watchmaker; it is the brand that leads its industry in innovation and technology. The Co-Axial movement has taken mechanical watchmaking to the next phase. I'm glad that Omega has brought this exhibition to Mumbai and now Mumbaikars will have an opportunity to appreciate and understand the true art of watchmaking."

Further he elaborated about the function of the watch, which makes it unique among the other watches; he says, "The newly launched watch does not get affected by any magnetic field. For example - When we go for any scans or x-rays in the hospital, we are always said to remove the metal that we are wearing. But our new watch does not affect any magnetic field and you can wear the watch when you are getting your x-rays and scans done."

"From past 8 years I have been the brand ambassador of Omega and I am really happy to be associated with this brand. They always come up with new and revolutionary watches."

Further we also asked him about the very well-known personality Sachin Tendulkar who is known as God of Cricket and quizzed him over his retirement as he is one of the greatest fans of Sachin. Abhishek says, "Everybody is surely going to miss Sachinji a lot. It is an emotional moment for Sachin's fans. He has made all the Indians very proud through his achievements and I wish him all the happiness in his life. Apart from the number of matches and achievements he has made and made us proud, there is yet another way through which he has made us proud and that is - we can now proudly say to anybody that we belong from the country which Sachin Tendulkar represented in the cricket matches."

Lastly we quizzed him on a question that what will he do if he had the Mr.India watch with him as at this moment he is very busy with his schedule and he replied, "Since I am too busy with my work schedule and being a Sachin fan I desperately want to go and watch the match live in Wankhade stadium, for which I already have the passes. So if I had the Mr. India watch, I would definitely run to the Wankhede stadium to watch the match live, leaving my movie shoot."

We wish that Abhishek really does get some time from his shooting schedule and can go to watch the match live!