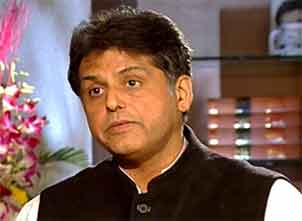 Information and Broadcasting Minister Manish Tewari Thursday announced a special award has been installed as part of initiatives to commemorate the 100 years of Indian cinema.

The award would be given every year to an outstanding Indian film personality, "A Film Icon", for his or her contribution to Indian Cinema at the International Film Festival of India (IFFI).

"The award reiterates the rich legacy of Indian cinema where eminent personalities have contributed to its growth through different stages of its evolution," Tewari told reporters at an event to unveil the poster of 18th edition of International Children's Film Festival India and the unveiling of the 44th International Film Festival of India.