Your Weak Point according to you: My naivety. I easily believe everything and everybody and take everything at itï¿½s face value. That has caused me a lot of grief and pain.

Your Biggest Influence is: The biggest influence in my life has been my own optimism. I have complete faith in myself. That is why even when everyone had advised, even warned me against becoming an actor as they thought I would never make it, even my astrological charts seem to say so, I kept faith in myself and finally became what I wanted to.

If you could go back in time you would...? : I would want to born as a star son so that I could at least get a launch vehicle.

Greatest gift you have ever received: To be honest, nothing noteworthy as such.

First thing that you do when you wake up every morning : I go to the kitchen and make myself a cup of tea. It is something I like to do myself, as I am very particular about the way I have my morning cuppa.

Your best role so far: I enjoyed shooting for Special Squad. Sometimes, you click with everyone on the sets. Special Squad was like that. Starting from the spot boy to the camera person to the actors to the script writers, everyone bonded there. We had a fabulous time. Also, my the role I played in Kabhi Sautan Kabhi Saheli I believe had many shades to it, and itï¿½s very close to my heart.

Working in Dill Mill Gayye has been : It has been very different, and very professional. Because of the tight shooting schedules, we have not have had quality bonding time. Everyone keeps to their make up vans if they are not shooting, and the atmosphere is highly professional and driven. I love it that way as I also love the time I get to myself. 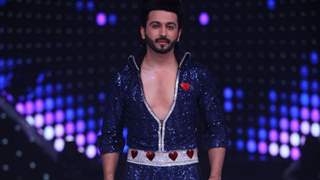 but wow gr8 article... and such a cute nickname!! totally suits him!

possible 14 years ago Nobody know how much i wonder to know about my favourit actor
sweetu realy matches with him as a nick name
pankit want to born as star son
i will always support him. Do your best pankit.
some are realy true fan of your
i like it..........

14 years ago Thank's dear it nice to know a little about are favourite actor's!!!

Thaks alot for the article.

+ 3
14 years ago like his character in dmg better, then reallife, haha thnx