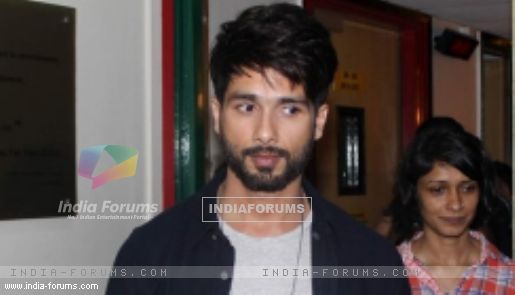 Shahid Kapoor's "Haider" with Vishal Bhardwaj is ready to come out, but that is not enough for the actor. His wish is that the filmmaker should make "Kaminey 2" with him.

While reports are doing the round that Shahid is, in fact, already a part of "Kaminey 2", the actor said: "I would be very happy if 'Kaminey 2' happens."

Released in 2009, "Kaminey" starred Shahid in a double role and he won accolades for his performance from all quarters.

"I had an amazing experience with Vishal sir working on 'Kaminey' and now 'Haider'. I just hope he casts me in his next film and I hope that this film is 'Kaminey 2'," the 33-year-old said here Wednesday on the sets of reality show "Cine Stars Ki Khoj".

In fact, Bhardwaj has already locked a story.

"He has an amazing story and I think everyone should tell him to make it because he is difficult to convince. But he has a story and a romantic version of 'Dhan te nan' also. I have been telling him he should do it, but he is a filmmaker and he has his own thoughts," he added.