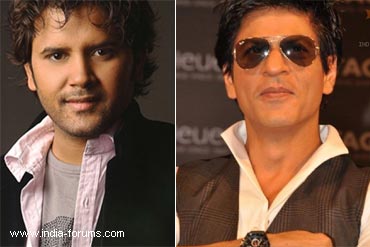 "I have always been complimented that my voice matches all actors like Shahid Kapoor, Ajay Devgn, Amitabh Bachchan, Hrithik Roshan. But I have not sung for Shah Rukh Khan and I would like to sing for him," he told IANS in an interview.

Ali has been the voice behind many hit numbers like "Jashn-e-bahaara " from the film "Jodhaa Akbar" and "Guzaarish" from "Ghajini".

To do justice to a song, Ali feels that it is important to have details about the situation of a song.

"When a song is recorded, we are told about the situation and the stars in the movie. So, we keep that in mind and the star's body language and style," he said.

To ensure that his voice suits the actor, some times Ali listens to others' songs.

"When I had to sing 'Kajra re' for 'Bunty Aur Babli', I thought that my voice will not match that of Amitabh Bachchan's. I heard Kishore-da's (Kishore Kumar) 'Inteha ho gayi' and I used the same style," he explained.

Talking about the change in the music industry, Ali likes to believe that it has improved and said that "there was a time in the 1980s when music was almost over. If you think about it, it will be tough for you to remember any song which came during that time. But now music has come back. There are amazing musicians like Vishal-Shekhar, Amit Trivedi, Sneha Khanwalkar who are doing a good job," he added.

Ali has his hands full with projects from the big names in the industry, "but but I will not talk about them right now."

"It is a surprise. There are some songs for Yash Raj Films, Bhatt (Mahesh and Mukesh Bhatt) saab, for Aamir Khan and Salman Khan as well," he said.