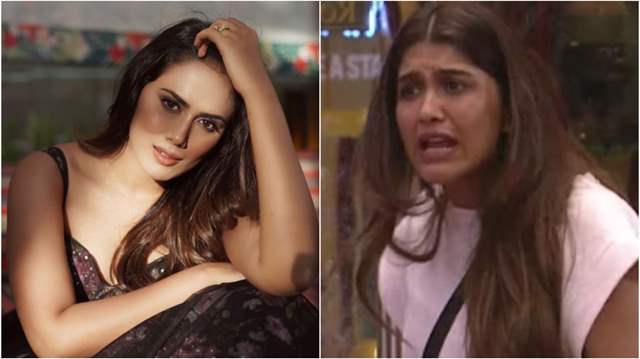 Bigg Boss season 16 is becoming more interesting and dramatic with each passing day. Recently, an ugly fight took place between Shiv and Nimrit Ahluwalia in which Nimrit broke down into tears and said that 'I have anxiety issues'. Since the start, Nimrit has been emotional and lost her temperament a number of times. Recently, we got in touch with Nimrit Kaur Ahluwalia Choti Sarrdaarni co-star Rutuja Sawant and in a conversation with us she talked to us at length about Nimrit.

Rutuja is currently seen playing the character of Shikha in the Colors Supernatural show, Pishachini.

Sharing her views about Nimrit, Rutuja says, "I feel that Bigg Boss is a place where you have to go through a lot, so one needs to be ready for that. From the start, Nimrit is pretending to be strong, but she is an emotional person and starts crying about every little thing. When Archana wrote 'Bekar' on her forehead she shouldn't have given a damn about it, but she got emotional"

Rutuja says, "I have seen Nimrit shouting at the housemates to get 'Shutup' and saying 'Sab chup hojao'. Once Nimrit started crying over the thing that housemates were fighting over some issue of food, so she cried uncontrollably for the reason 'Why to fight, everyone is fighting.' Obviously, clashes between people will take place, you have to learn the art of dealing with that. She has anxiety issues also, as she said in the recent episodes. But she needs to understand that she is in Bigg Boss' house where fights and clashes will happen."

Meanwhile, on the workfront, actress Rutuja is known for her role of Mansi in the Star Plus show Mehndi Hai Rachne Waali and her character in the show Choti Sarrdaarni.

+ 7
3 months ago that she is and esp caz she has some HEALth issues .. why be in this and exhaust yourself and get anxiety when she ahs issues with it

+ 8
3 months ago She is definitely not the strongest player, but calling someone UNFIT for a game is uncalled for. Strength doesn't always have to have an emotional quotient. Persistence and perseverance are also qualifiers of strength, and from what I see, EVERYONE in that house is doing great for themselves.