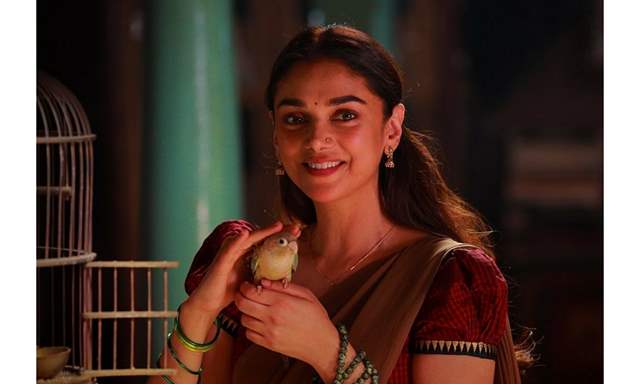 The musical drama film titled 'Sufiyum Sujatayum' released on 3rd July on Amazon Prime Video's. With constantly fresh concepts brewing in, the element of adding Sufi's magic was highly loved and was prevalent in the film through its beautiful songs which kept the audiences intact throughout the film.

In a recent Interview with a leading portal, Aditi Rao Hydari shares her perspective of this story and why she wanted to do it. Aditi says, "I literally saw it as a pure innocent love story, and I wanted to do something which so innocent and so eternal. There was such purity and simplicity to it that I was drawn to it."

Adding more about her character, the actress further adds, "My character Sujata literally embodies pure love and I felt very privileged to play a girl like that, such a fearless girl and completely pure."

The film is written and directed by Naranipuzha Shanavas and produced by Vijay Babu under his banner Friday Film House. The film is shot by cinematographer Anu Moothedath and edited by Deepu Joseph. Sufiyum Sujatayum is brought together by executive producer Vinay Babu.