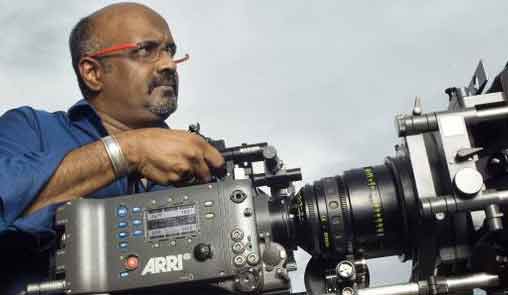 Ravi K. Chandran, who has worked as a cinematographer in commercial as well as art-house films such as "Agneepath" and "Black", says as a filmmaker he favours commercial cinema as he grew up idolising Rajinikanth and Amitabh Bachchan.

"I prefer commercial films because I grew up watching films of MGR (M.G. Ramachandran) and Rajinikanth. In Hindi, it's been Amitabh Bachchan's films. I never liked art cinema, but I watch it only to learn the craft," Chandran told IANS.

"I still watch films made by Adoor Gopalakrishnan and Satyajit Ray. But I like Ramesh Sippy's 'Sholay' more than any other film. I also like Steven Spielberg's films which I feel have commercial elements, technical finesse and artistic style of filmmaking as well," he added.

Chandran's definition of a successful commercial film is not aping Michael Bay, who has helmed hit Hollywood films like "Armageddon" and the "Transformers" franchise.

"You can follow Christopher Nolan, Shankar and even Murugadoss and make the kind of films they make to be successful," he said.

Chandran's directorial debut "Yaan", which released Thursday, is an out-and-out commercial film. It features Jiiva and Thulasi Nair in the lead roles.