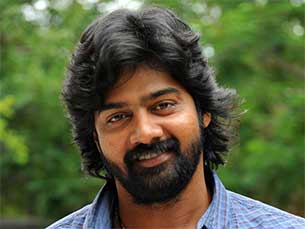 Actor Naveen Chandra, who is currently awaiting the release of Tamil thriller "Sarabam", says he would like to owe his career to his Telugu debut "Andala Rakshasi". He says it was after seeing his performance in the film that he has been offered most of his projects so far.

"The 'Sarabam' director approached me with the role after seeing my performance in 'Andala Rakshasi', which has helped me get several offers so far in my career. I have to owe my career to that film because everything has changed for good in my life since then," Naveen told IANS.

In the Arun Mohan-directed "Sarabam", Naveen plays an architect. The film also features debutant Salony Luthra in the lead.

"Contrary to my rural characters so far in my career, I'm playing a sophisticated urban role in this film. The director has tried to portray me as stylishly as possible and I think that will be a welcome change for people who've seen so far in my films," he added.

"Sarabam" is produced by C.V. Kumar and it is gearing up for release soon.