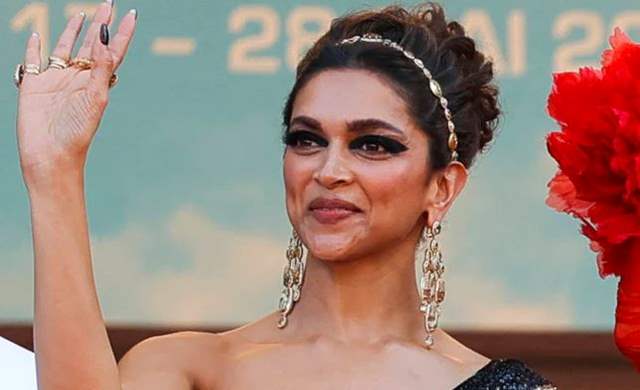 Deepika was familiar with the work of some of her fellow jurors, including Asghar Farhadi and Rebecca Hall, but not all.

"I wasn't entirely familiar with all of them, as is the case with all of the jurors," Deepika told a news agency. "I think what all of us did was to actually read up on our fellow jury members and watch some of their work. So, even when you deliberate, you understand where they're coming from, or what kind of cinema speaks to them."

The actor sees being on the Cannes jury as a natural progression of her journey, but at the same time being invited came as a surprise to her. "They (the festival management) seem so convinced about why they made that decision. And it makes me sit back and think sometimes maybe I've not given myself enough credit," she said, adding: "If I've landed here today, without even realising it, I must be doing something right."

The actor has just wrapped Siddharth Anand's Pathaan, alongside Shah Rukh Khan and John Abraham, and is working on Project K by Nag Ashwin. Next up is the Indian remake of The Intern, alongside Amitabh Bachchan, which she is also producing via her KA Productions along with Warner Bros. and Sunir Kheterpal for Athena.

Cannes, meanwhile, is going to become a regular mid-year holiday destination for Deepika and her husband, Bollywood star Ranveer Singh, reports news agency. Her jury service allows them access to the jury box in future years.

"We just come here for two weeks, nobody needs to know," Deepika said. "Watch movies, sneak in, sneak out. We'll be like kids in a candy store."