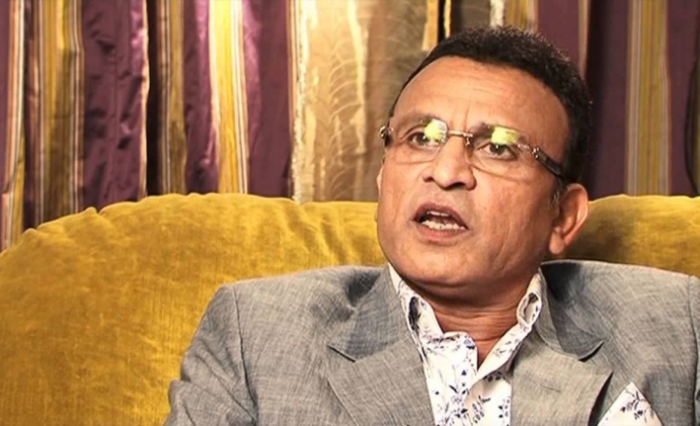 National Award-winning actor Annu Kapoor says being a patriot alone does not make him fit to be a politician.

Annu, who became an actor by chance and could not study after secondary education due to the financial condition of his family back then, says he has regrets about not being able to serve his country like his grandfather Kripa Ram Kapoor, who was a doctor in the British Indian Army and great grandfather freedom fighter Lala Ganga Ram Kapoor.

Asked if he would ever consider joining politics, Annu told IANS in a telephonic interview: "I don't fit in to be a politician. I may be a good patriot, social servant and good speaker, but cannot be a politician.

"Therefore, I want to serve my country with my limited capability. Yes, if I will join politics, address issues, and give a speech in Parliament, members might get mesmerised and get a new perspective of people's issue, but I don't have the ability to be a politician."

Born to a Punjabi father and a Bengali Brahmin mother, Annu has grow in a secular atmosphere and is well-versed with religious books.

"In addition, all credit goes to my mother, who was a linguist. Being a Bengali Brahmin, she was a scholar of Urdu, Arabic and Persian and retired as an Urdu teacher. It was a rare factor in that time."

Starting his acting career in Hindi cinema with the Shyam Benegal' film "Mandi" in 1983, Annu managed his creative journey in films, television anchoring, theatre and radio shows. While he bagged a National Film Award for Best Supporting Actor for the film "Vicky Donor" in 2012, his musical television show "Antakshari - The National Challenge" and radio show "Suhaana Safar with Annu Kapoor" on 92.7 Big FM have been quite popular.

His newest Bollywood outing is the Akshay Kumar and Huma Qureshi-starrer "Jolly LLB 2". He was happy working with Akshay and director Subhash Kapoor.

Asked about the industry's new talent and who among them is a good combination of talent and stardom, Annu said: "I don't follow their (new talents') work. Though I work with young actors, delivering good performance in one film is not enough. Repeatedly performing well in each film makes them a good actor. So, that consistency is important."

"Jolly LLB 2" is releasing on Friday.