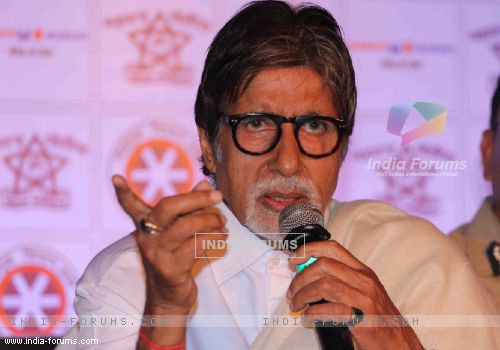 Bollywood megastar Amitabh Bachchan says its "upsetting" when fans or as he prefers to call his Extended Family (Ef), accuse him of ignoring their messages on social media. He says he loves all his fans.

The 72-year-old, who makes it a point to stay connected with his fans through several virtual platforms be it Twitter, Facebook or his blog, notes that he tries to talk to his fans despite his busy schedule.

"There is effort each moment on the social media and sites...effort to keep up with the Ef...effort to catch them online and respond to them so they feel they are noticed and replied to. But as has been said many times by me...on the lap top this is not such an easy task...the tweets show up late or are dug so deep down that it is impossible to reach them...the FB is even worse...impossible to notice who has answered and impossible to know whether the response I gave has reached them or not," Big B shared on his official blog.

The cine icon, who has earned epithets like "Bollywood Shahenshah", also had a humble request for his fans.

"Then some very enthusiastic emotional Ef, connect at Blog, Twitter, FB, DM's, email, Mobile...and the refrain is the same 'are you annoyed with me, why are you ignoring me, you have not replied to me in 3 days' and so on . My humble submission...it is not as though I sit here 24 hours in anticipation of your message and waiting to reply to you...I work," he shared.

The "Paa" star added that the tones of remarks is "really quite upsetting".

"And the ask is immediate...reply NOW, why have you not REPLIED. HOW? how can I reply immediately...I have other and a lot of other work to do...I remember all and I read all and I recognise all and I love all," he posted.

On professional front, the actor is gearing up for "Wazir", which also stars Farhan Akhtar.