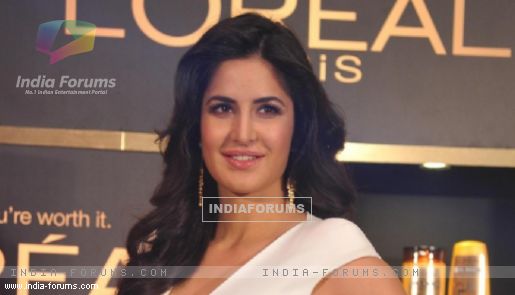 Katrina Kaif has given many hits like "Dhoom 3", "Ek Tha Tiger" and "Raajneeti". And the actress hopes that she is making the right choice when it comes to scripts.

"Two films have not done well. Nobody has that answer. I just keep praying and hoping the record remains well. Besides destiny and blessings from god, it's good script sense and what the audience might like. I hope my script sense is good," Katrina told reporters in a group interview.

"I follow it and go with what I want to do. Sometimes, I may have been wrong, sometimes it's better. I have been happy for the most part with the choices and the places I have found myself in," she added.

Katrina is currently busy promoting her film "Bang Bang!" and talking about her film, she said that it's an official remake of "Knight and Day" which is "good".

"The makers were inspired by the film and even though it's just the germ of the idea they have taken, they have still done in the proper way and in the right spirit which is how it should be done," she said.

"But the film is different. There are certain sequences like the motorbike one, but the story has been adapted to what Siddharth Anand (director) wanted to make," she added.

The movie that also stars Hrithik Roshan is slated for Oct 2 release.