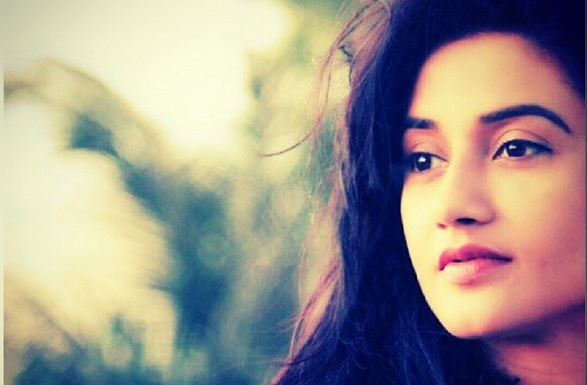 Popular actress Rati Pandey, who is currently on sabbatical from a long time after her show Hitler Didi wrapped up, is now all set to be back on-screen with a good role after taking a long break.

While the actress took a long break post the wrap up of her show because of her personal work, she is now being showered with lots of messages from her fans who want to see her back on-screen and at the same time, she is coming across so many rumors. Rumors are ranging from Rati having quit the television industry to the actress being  a contestant on the upcoming season of Jhalak Dikhla Ja.

In a candid conversation with TellyBuzz, Rati clears the airs about quitting television, being a part of Jhalak and her plans to be back on-screen.

Many people think you have quit the television industry. Please comment.

No, it's totally false. I have not quit the industry because television has given me a lot - name, fame and love. I have learnt a lot while doing television. I would never think of quitting it though I would love to take a break which I took post Hitler Didi and I was occupied with my personal work. Now, I am totally ready to be back on-screen.

You are showered with lots of messages from her fans to be back on-screen. Do you feel pressurized?

People still remember you as Nupur and Indira. What do you have to say on this?

Whatever roles I have done, they have been trendsetters. The characters of Nupur and Indira became very popular and I have to meet with the expectations of the viewers. I cannot take up any work but I am open for television and it should be a good work where I can show my good work and it should again be a trendsetter.

News doing rounds in the media that you are doing the upcoming season of Jhalak Dikhla Ja. Is it true?

This is false news. I am not doing Jhalak right now and I haven't even spoken to them.

Are you open for doing reality shows?

Yes, I am open for reality shows and I would love to be a part of it as contestant or as a host.

You are good at singing as well as dancing. What kind of reality show you would like to be a part of - singing or dancing?

I can do both. I am good at singing as well as dancing is my hobby. I won't say that I am a perfectionist have got training in both the fields; I am still a learner for dancing and singing but I would love to do both. Viewers have seen me dancing a lot but now I want show them my singing talent. I had been a part of some shows related to dancing before but now I would love to take part in a singing reality show also.

I had a Facebook account before but it was hacked. It's not like I am not socially connected with people. I am connected with my fans through Whatsapp and Insta. I feel that I don't want to entertain unwanted messages by joining any other social media. I can join one but I don't think that I won't be able to stick to it fully. I really don't get time to be on Facebook and Twitter. If I will join any of them, then I will forget everything and be addicted to them (laughs). I will definitely do when I will feel like.

What kind of roles you are looking forward to play?

There is no definite role that I want to play because it won't be written according to me. I will make sure that I will fulfill my fans' expectations whatever I will do. It's not about playing a particular role; its just that when you start playing a role, it becomes a trendsetter. Whatever character I will play, I will make sure that it will approach to the people and they will relate to it. The roles that I would play should reach to the hearts of the people and connect to them emotionally.

Lastly, message for your fans who are eagerly waiting to see you back on-screen?

I would like to say to them that keep loving me. I have been showered with lots of messages by all of you that make me feel really privileged, blessed and loved that you all remember me. It's not that everything has come to an end. We have to move on and it's not that I have quit television. Everything happens at a right time. Just keep your faith on me and keep praying for me.

5 years ago Hi Rati,love you a lot .How long will you make us wait?Eagerly waiting for your new show.Pls do any show,your acting will make that show unique automatically.

5 years ago Rati Pandey come back dear you rock the world...

5 years ago RATI PANDEY WE LOVE YOU .. ALWAYS.. COME BACK

aquasplash 5 years ago My dear Rati Pandey plzz come back for god sake!!!!

greensignal 5 years ago u are the best angel sweet Rati Pandey...

bovi 5 years ago RATI PANDEY YOU ARE THE BEST LOVE YOU SWEETY...