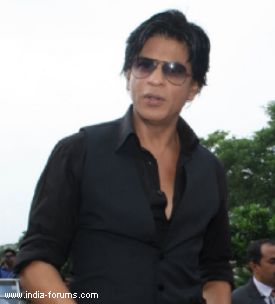 He is known for his endless energy, undying love for his craft and being a workaholic. But superstar Shah Rukh Khan says now he doesn't work as much and feels inspired with others' good work.

Currently he is shooting for Farah Khan's "Happy New Year".

"I have become laid-back and I have started working less. I feel happy if the quality of work that others do is good. I look at their performances and get inspired," Shah Rukh told reporters Thursday at the press conference for the 14th Zee Cine Awards which he will host. He is also planning a special performance for the event.

Being innovative for Zee Awards, scheduled for Jan 14, is the need of the hour.

"I have hosted and performed for many shows. I wanted to do an exclusive act, which I haven't done for anyone else. I will be performing live," said the 48-year-old.

The awards will be telecast Feb 23 simultaneously on Zee TV, Zee Anmol and Zee Tamizh.

After being a part of the film industry for over two decades, SRK said he is over the initial excitement of being nominated.

"I have been a part of so many award functions that I have lost the system of waiting to see if I have been nominated. An award is a reflection of a whole years's work. If I win, I feel thrilled ... if I don't, then I think I will work hard next year," he said.

Now, the actor dedicates all his awards to his children - Aryan, Suhana and AbRam.

"I dedicated my first award to my mom. Now I dedicate them to my children," he said.

"Either I keep it on my daughter's or my son's bedside table. I keep alternating. They get very happy," he added.

However, the Bollywood Badshah says the awards teach the right lessons to his children.

"The next day (after winning the award), I take out some time to tell them that I have got the award due to my efforts, so that they concentrate on that rather than the stardom and glamour, which surround it," he said.