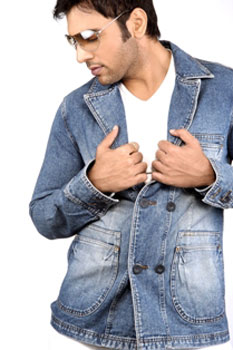 Featured Video
What is your fitness mantra?
Eat at regular intervals and work out well. This will keep you healthy!!

Are you a fitness freak?
Yaa, I am.

How do you keep yourself fit?
I do different things actually. I play squash. When I am shooting regularly then I just cycle for sometime.

Do you exercise daily?
Well I would love to do that but I don’t get enough time. I make a point to workout at least four times a week.

How were you in your college days and now?
To be very honest, I was quite plump and was around 89 Kgs. I was actually in first year of my college when I went to the gym and then I suddenly stopped because of which I gained a lot of weight. Then I tried jogging but nothing worked out. After that, I started with squash, but I over did it. I used to play for almost four hours a day. In 2 -2half months, I lost almost 12-13 Kgs…

What does you eating routine consist of?
In the morning I prefer not to have heavy breakfast. I have eggs in various forms and a glass of milk or tea all sugar free. When I go for shoot, I have a bowl of fruits which is my second meal and the third meal is the lunch which will not be more than 2 rotis and a bowl of yogurt. In the evening I normally go for one sandwich.

How important is fitness for you?
It is very important. I have seen both sides of it, being fat and thin. I have seen that how it’s not good to be fat because then people try to put you down as the same thing happened with me in the past. I have also seen how people have reacted with me after I lost weight; suddenly I was the hottest guy in the college. I think it’s important to stay fit as it is good for healthy living as well.

Do you idolize any one in the media industry in terms of fitness?
The biggest example would be Salman Khan. I admire the way he keeps himself fit and fine even at this age.

There is lot of craze about six pack abs, what do you have to say about that?
(Laughs) Well I had six pack abs when I was doing Gladrags. But I must say that in an industry like television, it’s very difficult to maintain six pack because you work so much which leads to a lot of fluctuation in the eating habits and schedule. Firstly it’s difficult getting it and then maintaining it.

Message for your fans to be fit and fine?
They should eat well, work out well and just be happy…

13 years ago Nice interview. He is soooo cute and kinda hot!!

hassanali 14 years ago an eye opener for teachers when teaching. Amir Khan did an outstanding job in this movie.This movie should be a 5 ***** rating and also should get an award.

14 years ago wow he does like to workout!!! i like him in Sangam and ZND! He's a very good dancer!

+ 2
14 years ago i want to know this person chaitanya and jennifer email address. i am their fan

wow i cud never have guessed

+ 2
14 years ago Chaitanya is the cutesttt name everr!:$ lool
me and my gujju friends loveee saying 'hey chaitanya' hehe indians will understand=P
he luks cute! thnxx