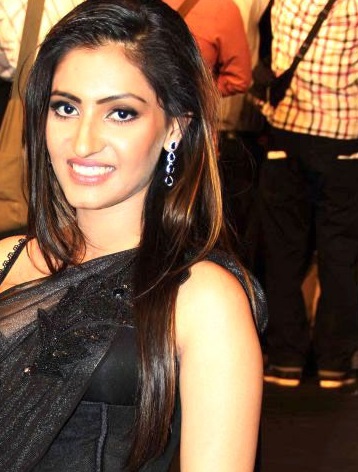 Shivangi Verma who has impressed the audience with her moves in Nach Baliye Season 6 and her impeccable performance in Humari Sister Didi has bagged Sony TV's show Reporters.
Speaking about her character Shivangi says, "I am essaying one of the reporters on the show who happens to be Ananya's (Kritika Kamra) best friend. Since childhood Ananya has been my role model and since she wanted to become a reporter I also end up wanting to do the same."
The show's unique concept was what attracted the actress to take up this role.  She says, "Its is not like a regular show which we usually see on Indian Television and instead is something very interesting."
The actress seems to be inspired by Barkha Dutt and she says, "Barkha Dutt is definitely an inspiring reporter.  And in fact not just her but all the reporters are.  I have been observing the reporters around me to get into my character."

5 years ago Kritika Kamra as Ananya Shivangi verma as Richa as Reporters are rocking.

5 years ago Love this show reporters. Crazy for reporters.love Kritika Kamra as Ananya and her friendship with Richa Shivangi Verma. Rocking performances by all reporters

+ 3
5 years ago Oh! So Ananya and Richa have known each other since childhood? That's quite interesting which means Richa knows about Ananya's past?
I guess Richa is going to play a.vital role in the upcoming tracks.

I love Shivangi! &lt;3 She is very pretty and her voice is so sweet :)
Reporters is building up to be quite the path breaking show :D and hope it continues on strong!