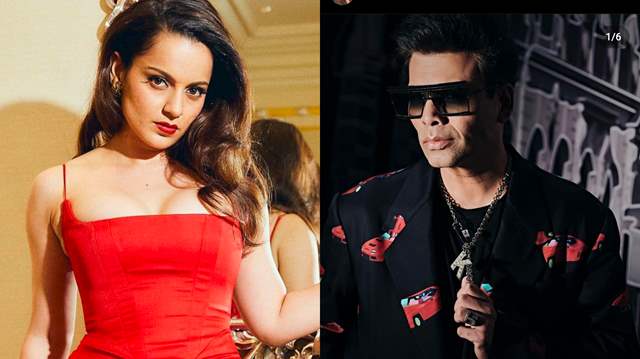 Kangana Ranaut and her tiff with Karan Johar is known to all. The actress has always been loud and clear about her differences with the filmmaker. Now, the Manikarnika actress took to her social media account and shared her thoughts on Karan Johar's 'Hindi Language' statement from his autobiography.

While Kangana took to her Instagram account and posted a link to the same article and wrote,

"I don't fight individuals I fight mindsets..And to a large extent I have fought this prejudice against small town Hindi speaking people"

Karan Johar reveals in his book, “Yes, I have been among star kids since childhood. Knew Abhishek Bachchan, Hrithik Roshan, Shweta Bachchan, Zoya Akhtar, and Farhan Akhtar. I have always been close to the girls Shweta and Zoya because the boys were very smart, especially Abhishek Bachchan and Farhan Akhtar. The truth is that I have never been able to develop a rapport with them. Wherein Adi (Aditya Chopra) and the boys of his group always used to talk in Hindi, due to which I could not bear them.

Kjo's autobiography 'An Unsuitable Boy. This book was released in 2017, in which he described Hindi as down-market. But now his statement is being criticized a lot.

Meanwhile, Kangana is currently shooting for her upcoming film Emergency where she will be seen playing Indira Gandhi. The actress also has Tejas in her pipeline.