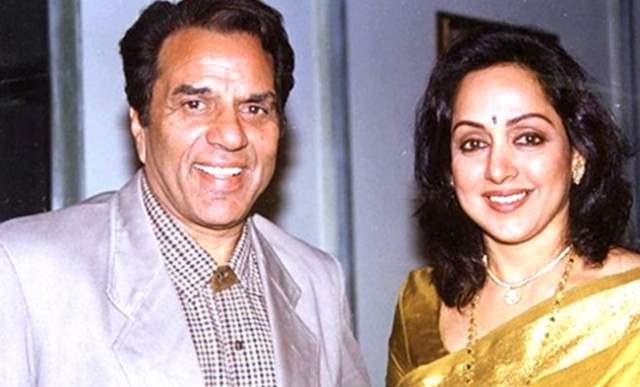 Dharmendra and Hema Malini are one of the most appealing on-screen and off-screen couples of all time. Their love story has gotten a lot of attention, and they are an evergreen pair. It was only yesterday that the veteran actor hit the news when he was admitted to the hospital.

He is said to be doing much better now, stated reports. Today is Hema and Dharmendra's wedding anniversary, and the legendary actress took to her social media and penned an adorable note for her husband.

Hema Malini looks stunning in a beige saree with a golden border in the photo she shared on Instagram. She stood next to Dharmendra, who was holding his wife in his arms. The Sholay actor looked dashing in a white shirt, and the smiles on their faces revealed that they are in a happy place. Sharing this picture, Hema wrote,

“Our wedding anniversary today❤️❤️ I thank God for all these years of happiness, our darling children and grandchildren, our well-wishers everywhere! I feel truly blessed.”

She further thanked the fans for their wishes, love, and care for Dharam Ji,

"I would like to thank thousands of well-wishers who have been enquiring about Dharam ji’s health. Yes, he was in hospital for a few days but he is ok now and thankfully back home. Thank you all once again for your anxious calls and enquiries about his health God has been kind"

Dharmendra is now working on Karan Johar's Rocky Aur Rani Ki Prem Kahani, which stars Ranveer Singh, Alia Bhatt, Shabana Azmi, and Jaya Bachchan. After a three-year absence, the film will mark his comeback to the big screen. This will be Dharmendra's first collaboration with Alia and Ranveer.