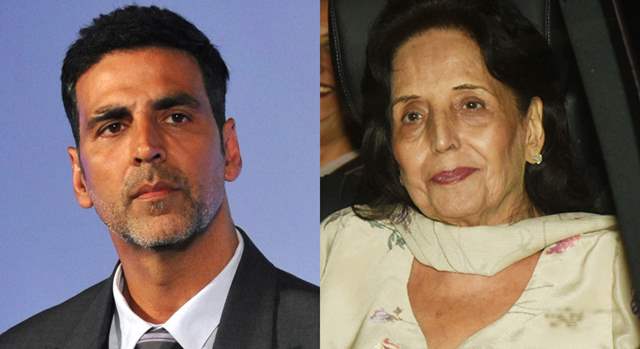 Akshay Kumar's mother Aruna Bhatia who was unwell for the last few days left for heavenly abode this morning.

Aruna was admitted in the ICU ward at Mumbai's Hiranandani Hospital following her deteriorating health condition. Doctors were trying their best but when her situation did not get better, her family was informed about it.

Upon hearing about his mother's condition worsening, Akshay immediately decided that he needs to be besides her during this tough time.

As reported earlier, Akshay who was shooting in the UK for his upcoming film Cinderella had flown down to Mumbai on Monday morning to be with his mum.

A few minutes ago, the actor took to his social media to announce the news with everyone and also shared how heartbroken he feels at this moment.

His message read:
"She was my core. And today I feel an unbearable pain at the very core of my existence. My maa Smt Aruna Bhatia peacefully left this world today morning and got reunited with my dad in the other world. I respect your prayers as I and my family go through this period. Om Shanti (Folded Hands Emoji)"

On Monday, a source close to Akshay told Hindustan Times,

The actor's mom has been unwell for a few days and is in the ICU at Mumbai's Hiranandani Hospital. Akshay is extremely attached to his mother and could not stay away from her while she's not well, so he decided to fly back to India in a sudden decision. Even as he has flown back to be with mom, he has told his producers to carry on shooting with scenes that do not require his presence. All other work commitments of his also continue.

On Tuesday, giving an update about his mother's health, Akshay had posted that it was a ‘tough hour’ for his family and asked fans to pray for his mother.

“Touched beyond words at your concern for my mom’s health. This is a very tough hour for me and my family. Every single prayer of yours would greatly help,” he wrote on Twitter.

In 2015, Akshay talked to Hindustan Times about his relationship with his mother.

The bond between a mother and her son is so strong yet so gentle...nothing could come between us, no amount of miles or continents can keep us from letting each other know every day that I would be nothing and no one without her.

We pray for Aruna Ji's departed soul to rest in peace and may God give strength to Akshay and his family to bear the loss. 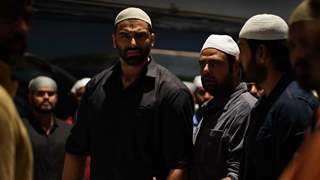 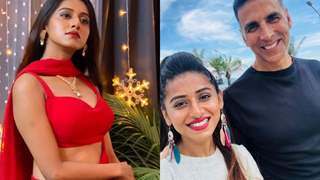 + 4
2 months ago I really don't like Akshay at all but I can understand how this can be very traumatising for anyone. Hope his mother rests in peace!