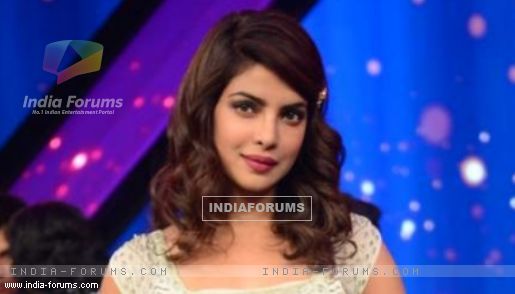 Actress Priyanka Chopra is not only known for her powerful acting capabilities but also for her hour-glass figure. She credits her healthy diet chart for her body.

Priyanka was on the sets of Zee TV's "Cinestars Ki Khoj" to promote her upcoming movie "Mary Kom" where she revealed the secret of her healthy body.

When quizzed about how she maintains herself, she said: "I believe that in order to stay fit and lose weight in a right manner, one needs to eat and not starve themselves. I eat right and ensure that I burn it all by working out equally as much as I eat."

She reunited with her "Barfi" director Anurag Basu, one of the judges of the talent hunt show, briefly to judge with him.

While the two shared anecdotes from their "Barfi!" days, Basu told the unit about Priyanka having an elephant's diet.

He spoke about her gulping down two to three parathas for breakfast and a 12 inch pizza for lunch all by herself.

The episode will air Sunday.

"Mary Kom", based on Olympic bronze medallist boxer M.C. Mary Kom's life, is directed by Omung Kumar. It is slated for a Sep 5 release.