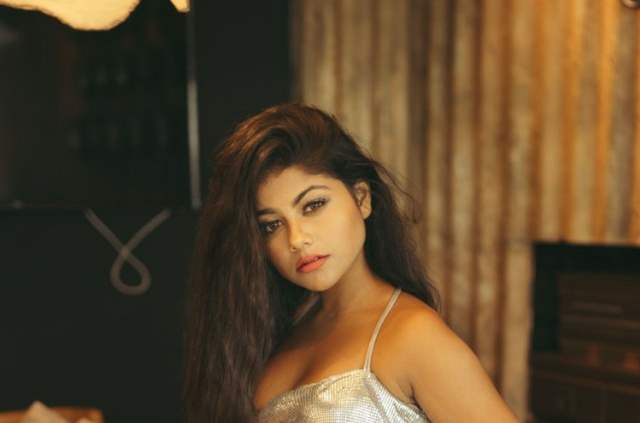 Actor Pallavi Mukherjee is currently all set and rolling to play the role of Sampurna in Colors' Barrister Babu, where her character is not only the parallel lead but has a beautiful arc to it which will be explored with time and as the show goes on.

However, before being in a daily soap, as we reported earlier, Mukherjee made her debut with Gandi Baat 3 and Class of 2020 recently. In both these shows, the actor has performed some bold scenes as the character demanded.

So, we asked Mukherjee on her decision to perform the bold scenes and was she comfortable in doing the same.

To this, Mukherjee said, "I don't call anything 'bold' per se as to me, I don't voluntarily categorise it at all. Doing such scenes is what the character demanded and so I did it. Acting is an art and that's how I look at it but thinking about how it will be perceived as 'bold' as such. Not only in Gandi Baat 3 but also on Class of 2020, my characters were such that a hot scene was important to the script and the storyline ahead."

She added, "Of course, there is an extent to which I perform the scenes at and I make sure I convey that to the makers. I have no qualms in portraying a bold scene if the script and character demands and is portrayed authentically, but most importantly, if I am comfortable with it."

‘It's been a challenging year’ writes Sanjay Dutt’s Daughter ...
59 minutes ago