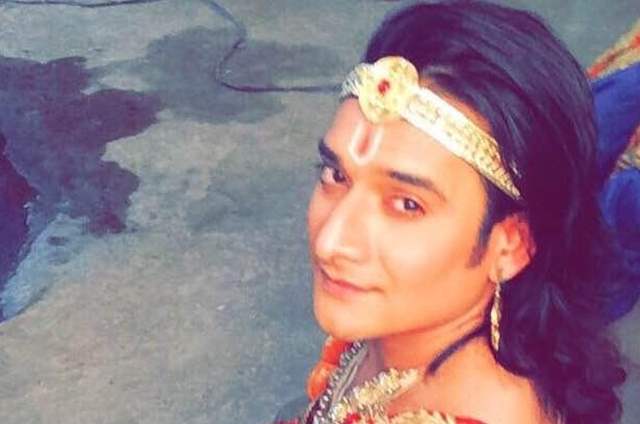 Arun Mandola made his small screen debut with 'Sankat Mochan Mahabali Hanuman', where he played the character of Lakshman. He reprised the role again in 'Vighnaharta Ganesh' and says he did not hesitate in playing it twice.

He says he was totally comfortable in accepting the offer as he played a guest appearance in the latter show.

"Yes, that’s true, I played Lakshman twice in Sony Entertainment Television's 'Sankat Mochan Mahabali Hanumaan' and 'Vighnaharta Ganesh', but I played a full-fledged role just once. In 'Vighnaharta Ganesh', it was like a guest appearance, so I did not hesitate to play the same role again. Also, both were from the same production house Contiloe Entertainment, so I was totally comfortable," he said.

The young star made his debut with a mythological show where he played a very important character. And it is usually said that actors who play a mythological character are often typecast. Arun admits that it is risky, but says he was never scared.

He also believes that the re-runs of shows like "Ramayan" and "Mahabharat" definitely gave a ray of hope to the people during the lockdown.

He said, "Ramayan, Mahabharat or other mythological shows gave positive hope in the lockdown. 2020 has so far been a bad year, so in general what do you do when you feel negative or depressed? We go to temple or meditate but we all are quarantined because of Covid-19. In this critical situation Indian mythological/historical shows are spreading positivity and inspiring people."

He also feels that these shows will rule the small screen once again, and said, "Indian audience have been watching daily soaps from last two decades so they want change and that’s why historical/mythological shows are ruling the small screen and even in future these and horror shows will make their very strong presence in India."