After 'Provoked' Jag Mundhra is coming with another film based on London, but this time it deals with the subject of terrorism and the thought that the westerners feel that all Muslims are terrorists. He hopes his film will be able to open a few minds and make them behave in a liberal way. He has cast Pakistani model Mikaal Zulfikar and is hopeful that he has done good work and will be accepted by the Indian audience. The film also has Nasseruddin Shah, Om Puri and many good actors. He is very positive about his film and in this interview he talks about films, life and why he makes serious cinema.

Q. What made you cast Mikaal Zulfikar in such a serious and important role?
A. Look, I wanted to make this film in a true international way. This film has British actors, American actors and Indian actors and the film is about Muslims, So, I wanted an authentic Pakistani actor to act in the film. The role was of a young man, nephew of Naseeruddin Shah and I was told that Mikaal is a very good actor. When I contacted him in Lahore, he sent me his audition tape as I had sent him the script through e-mail. I liked what he did and because of his looks and personality it was very easy for me to decide on the casting. And with whoever he worked, be it Nasser or Om Puri, everybody praised him. His attitude is good and he. is camera friendly. What else would you look in your actor.

Q. Why did you choose to make a serious drama again after 'Provoked'? The earlier film was based on the life of one person and this is based on society, but both are hard hitting topics.
A. A filmmaker’s job is not only making films where the audiences come and leave their mind in their homes and get entertained. Such films are being made and I am not against it. But films on serious issues should also be made. It is not correct just to see the flowery things of your life; you have to also see what is happening in reality and stop that from happening. Many women in the darkness of the cinema hall related to Aishwarya's character in 'Provoked' and I received many mails of thanks from women for taking this topic and making a film. There are many people who tell me to choose topics that are hit at the box office like ‘Partner’ etc. While making my films I don't expect that crores of rupees will be earned at the box office and the whole country will come to see the film. I am happy making films for my target audience. It is not that these films are not doing business, if that was so then no body would be producing my films. Now in the days of multiplexes there are more audiences for this genre of films. There are people who want to see movies of this genre and discuss it over coffee. All these films are based on the society.

Today who is not affected by terrorism ?India, Britain, America and most of all Pakistan is affected. It is the story of a man who is progressive, liberal but just based on his faith -that he is a Muslim and an Asian, he is labeled as a terrorist. If few Muslims have indul 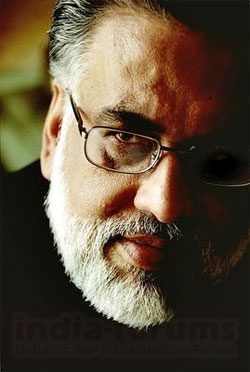 Featured Video
ged in terrorism that doesn't mean the whole Muslim society is engaged in terrorism but there is a drive of painting everybody with the same brush, which is not right. This story is about how a moderate family deals with the situation. It is a political thriller, drama and also it is fast paced. It is not that we want to give lecture to the audiences. The film is entertaining also; it is woven in such a way that it mixes up all the elements.

Q. Don't you sometimes feel that you are not getting proper returns and you should start making commercially viable or so called masala films?
A. See, success is a relative term. If there is a hit film then the next film becomes a bigger hit than it and a film maker can make films according to his sensibility. You can't just make a particular genre film because they are gathering money. Today, I can't make a film with the sensibility of David Dhawan and nor can he make a film with my sensibility. Every body has their own niche and I respect the fact that his films are so successful. I think if I try to make films without my sensibility then I will not be able to do it with conviction and it will become a half baked film. If I ever make a comedy, you will have to bring in your brains, it will be witty, but not slapstick. I can't imagine a man falling on banana peels and the other man laughing.

I have seen all the films of Satyajit Ray and Shyam Benegal. I loved 'Garam Hawa'. No film has been made on the issue of Muslims better than this film in India. I genuinely enjoyed watching those movies. So I thought if my sensibility is this, then I should make these kinds of movies. But with the same thought I would like to say I have enjoyed 'Jab We Meet' and 'Lage Raho Munnabhai'.

I liked 'Jab We Meet' because there is no pretension in it, it remains the film of that genre on the whole. I liked 'Om Shanti Om' because it has made fun of itself and I respect that. I don't have problem with these films. I have problems when you say something and do something else and you think audiences are fools and that they will not understand. I think the films story and acts should be logical and established before. It is not that the acts have to be logical to life but they should be logical to the set up of the film.

Q. You keep working with American, British and Indian crew. When do you enjoy working the most and with which crew?
A. It is with the mixed crew. I love our Indian technicians as they are very hard working and don't count on the hours, but the work they have committed. The western counterparts are different in this regard. But one thing good about them is that they are very organized in their work and go per the schedules. The major factor while choosing technical crew is the location. I prefer taking local technicians because if I take an Indian production manager to Canada then it will be difficult for him to find props, costumes and locations. So, better take the local guy but, I prefer the cameraman, actors and light boys to be from India.

Q. At your time, as you said, there were not many film schools, but now there are a lot like the FTII, Whistling Woods by Subhash Ghai and many others in India and abroad. Do you think that filmmaking can be taught?
A. Definitely it can be, but the craft is taught. Like if you learn carpentry then you learn how to make a door. But if you look at it aesthetically, it can't be taught. The techniques can be taught, but not the sense. Creation of art can be trash for somebody and masterpiece for the other. There is a defined way of taking shots, making a story into a film, but how the person will present the film, which scene will be of which length, what will be the important factor that the film will stress on, what is the art factor and, according to me, it is in born and can sometimes be developed with time. But the fact that after mid-shot, a close-up will come and these factors are craft and have to be taught. Like in any other creative field, in acting also there are two components – one is craft and the other art. Craft can be taught, while art is inborn or comes with experiences in life.

Q. When you take experienced actors like Om Puri and Naseeruddin Shah, does your work become easy?
A. Definitely. When there are good actors in your film they also bring many things in the written character from their side and the credibility also increases. Trained and good actors definitely make the work easy for the director, as the time that would get wasted because the actor in getting his lines right or not performing well will be saved. As it is said, sum of the total becomes better than sum of the parts and this happens because of good professionals like them.

Q. At one time you must be having 3-4 ideas to make a film. What merit do you see in the idea that you convert it into a feature film?
A. Not 3-4 ideas, at the moment I have 21 concepts and it is not me most of the time who decides on the subject. It is the producer who is putting money and if you ask me I want to make films on all the ideas that I have. What I do is I pitch the ideas to the producer, and most of time they come and tell ‘I have Rs 4 crore only, do you have any script for this set up’. Then I show them the concepts which fit in that genre.