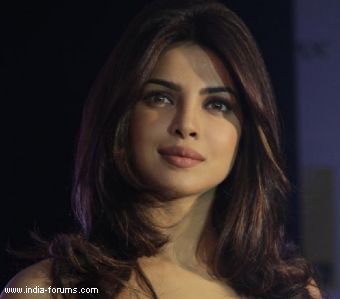 Bollywood actress Priyanka Chopra, who has been endorsing various technological projects including Nokia and Nikon, loves technology and tries to own the latest gadget in the market.

"I love technology. I consider myself geek's fantasy. Any new gadget in the market, I need to have one," Priyanka, the brand ambassador for Digital Direct Broadcast (DDB) technology, told reporters at a press conference here Monday.

Describing DDB, she said: "This DDB is so simple it's like a file. It's like a folder where I can put all my memories in one. All information is digitalized and comes in one TV."

"It was impossible for me not to be associated with this. Everything is digitalized today, it has become easy. It is one gadget which has everything. It is part of progressive evolution of technology."

As far as films are concerned, after the blockbuster "Agneepath(2012)", the 29-year-old will be see in romantic saga "Teri Meri Kahaani" that travels three time-zones. Directed by Kunal Kohli, the film is coming out June 22.

exclusive
Exclusive Akanksha Puri on why it was important to leave Vighnaharta ...
23 minutes ago

Bigg Boss 14: Prince Narula to enter the show with Sidharth ...
50 minutes ago