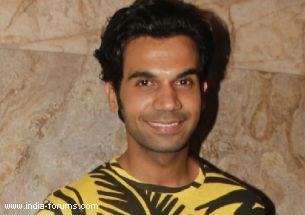 After impressing the audience with his work in films like "Kai Po Che" and "Shahid", Rajkummar Rao has once again been applauded for his performance in his latest release "Citylights". The National Award winning actor says that while he wants his films to be commercially successful, he also wants critical acclaim.

"I duly believe in the numbers game. It's important for a film to (find a) balance. It should earn money besides getting critical acclaim. Till now, all my films have managed to achieve both and I hope 'Citylights' gains more success," the actor told reporters here Friday.

Rajkummar, who made his Bollywood debut with "Love Sex Aur Dhokha" in 2010, is currently busy shooting for Arbaaz Khan's production "Dolly Ki Doli", in which he stars with Sonam Kapoor.