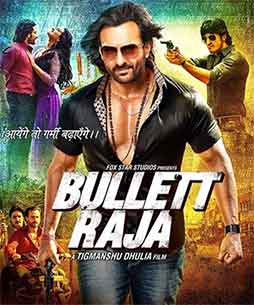 Saif Ali Khan who plays gangster Raja Mishra in the forthcoming film "Bullett Raja," says he always wanted to play such a character.

"After many years, I got this chance to play a character which is very different from me. I always wanted to play a gangster," the 43-year-old said here Wednesday at a promotional event of the film.

Saif says the Tigmanshu Dhulia-directorial, premised on a fictional mafia based in Uttar Pradesh, is neither vulgar nor violent. But it is fully entertaining.

"Tishuji (Tigmanshu) has tried to make each scene an item. There is action in the film but not violence, there is comedy but not vulgarity. So it is a good action drama set in the background of Uttar Pradesh. I'm very glad I could be part of it," Saif said.

Rhea Sharma to be seen in Ekta Kapoor's next?
40 minutes ago