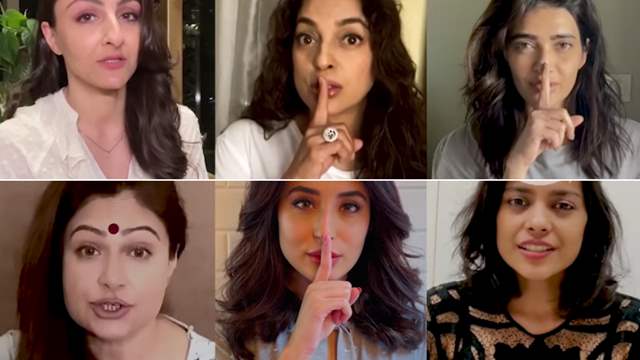 On the occasion of International Women’s Day, a brand new show titled “Hush Hush”, led by an all-women cast and crew goes on floors.

With a unique female gaze at its core, Hush Hush propels forward the movement of women telling their own stories. Hush Hush features an almost all-female crew, right from the Production Designer, Costume Designer, Surpervising Producer, Co-producers, to Art, Costume, Production Coordination to even the Security Team!

The show Hush Hush not only tells a story with strong female protagonists, but it is also helmed by some of the finest female talent behind the camera. Tanuja Chandra (Qarib Qarib Singlle, Dushman, Sangharsh) will serve as the Creative Director & Executive Producer and  Shikhaa Sharma (Shakuntala Devi, Toilet – Ek Prem Katha, Sherni) will double-hat as Executive Producer and original story writer. Kopal Nathani, one of the most promising names in the advertising films industry directs episodes in the show.

National Award-winning writer Juhi Chaturvedi (Gulabo Sitabo and Piku), has been roped in to pen the dialogues for the series written by Ashish Mehta. The series will be produced by Vikram Malhotra’s Abundantia Entertainment (Breathe, Breathe: Into the Shadows, Shakuntala Devi, Airlift).