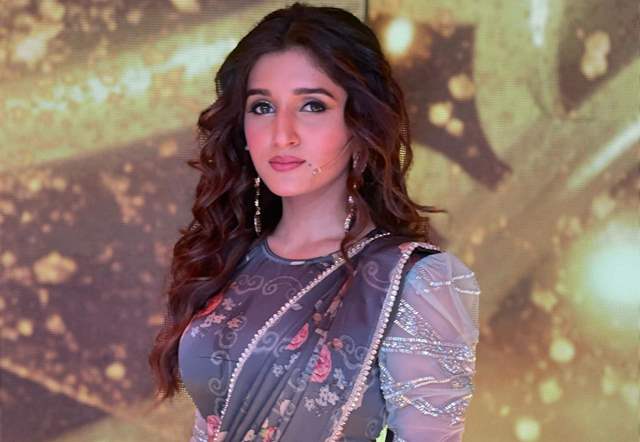 Star Plus show 'Anupamaa' has taken a dramatic turn. The current track of the show revolves around Anupamaa exposing Paritosh's extra-marital affair in front of the entire family. Paritosh continues to make it look like it's not a big deal and that it was just a fling. He even justifies his act saying that his wife Kinjal is pregnant and he had his physical needs.

Must say, the track is the dark reality and kudos to the team of 'Anupamaa' for handling the issue so well. India Forums got in touch with actress Nidhi Shah who played the role of Kinjal in the show.

We asked Nidhi as to what was her first reaction on learning about the track, she said, “Honestly, it is the harsh reality. It’s happening since ages. Lots of females across the nation faces this but decides to stay mum. In many cases, wives know about their husband’s affairs or flings but they choose to ignore it and let it go thinking about society and various other aspects. It’s not really talked about quite openly and I feel fortunate that with this track in ‘Anupamaa’ the show will address it and I’m certain that many women will resonate with the track”.

Talking about prepping for the scene, Nidhi said, “It was quite challenging for me, given the fact that I’m not a wife or a mother. I did my little homework and watched videos. I also took help of my Director. But eventually, I kept myself at Kinjal’s place and thought what it would feel like when your husband has an extra-marital affair and have no regrets over the same. I wanted to keep it as honest as I could and also wanted my performance to be convincing. I’m aware that a lot of women are going to watch the show and the topic being so sensitive; I tried to give my best. And there’s a lot in store for the viewers as Kinjal has just learned about the truth, she is yet to react properly on the matter and audiences should stay tuned to the show for the same”.

Talking more about the sequence, Nidhi added, “I’d want to mention Rupali Ganguly’s phenomenal performance and even, not to forget Tasneem mam’s performance. They represent two mothers and both are right at their respective places. They took the scene to another level”.

Are you excited for the upcoming episodes? Hit the comment section below.

2 months ago Sleeping with a woman other than your wife isn’t necessarily a bad thing as long as it’s done openly without any lies or hiding. Just because a man sleeps with another woman doesn’t mean he doesn’t love his wife.