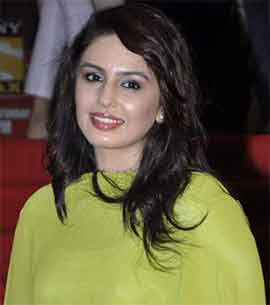 Huma, who also features in Kannan Iyer's directorial debut, does a cameo in the episode that will be aired in two parts on Saturday and Sunday.

Based in Lucknow, the show depicts Aamna as Raziya and Bhanu Uday plays her husband Mohsin.

Huma will play Raziya's friend, who will help her find out about 'daayan'.

Ekta and Bhardwaj will also be seen doing cameos in "Ek Thhi Naayka".

Actress Konkona Sen Sharma, who features in the movie, has already made an appearance in one of the episodes.

Other cast members Emraan Hashmi and Kalki Koechlin will also be seen in the forthcoming episodes.