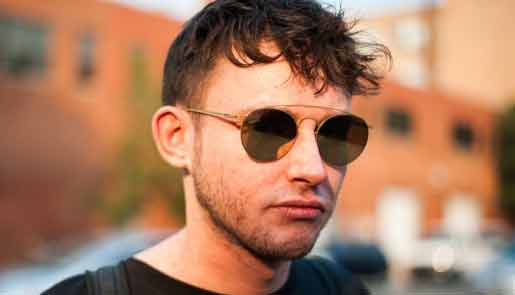 Scottish disc jockey and music producer Hudson Mohawke will embark on his debut tour in India with a three-city tour, encompassing New Delhi, Bangalore and Mumbai next month. He says he'll take fans on a memorable "music journey".

"India has been on my bucket list for many years, never would've thought I'd be asked to come and perform there.

"At the moment I am playing a lot of different styles from the hip hop that I'm know for, to more dance and electronic infused styles to some classical pieces, so the Indian audiences can expect to be taken on a musical journey," Mohawke said in a statement.

The musician is being brought down by Red Bull Music Academy. He will perform in the capital Nov 12, in Bangalore Nov 14, before making the final pit stop in Mumbai Nov 15.

Mohawke, whose real name is Ross Birchard, is known for his hyper percussive sounds, which are genre-bending.

He first rose to prominence after being selected for the DMC World DJ Championships finals as a fledgling 15-year-old disc jockey. Today, he's a music producer of repute in the international music scene.

In 2012, the producer began a series of collaborations with hip-hop legend Kanye West, and he also makes up one half of the electronica duo TNGHT with Canadian producer Lunice.