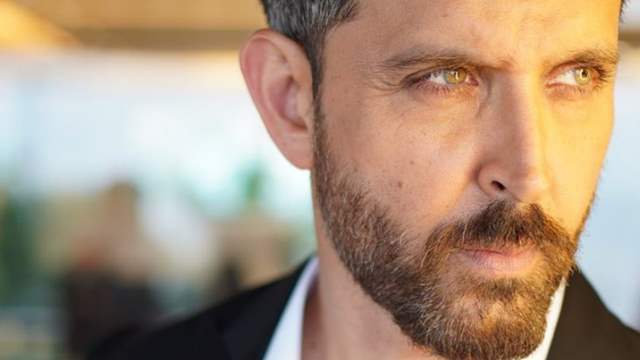 The War actor has shared an advertisement for a men's grooming brand where he sports a brown beard and poses in style. Dressed in a brown three-piece suit with a matching overcoat and hat, Hrithik arrives in style to occupy a stool kept for the shoot. He sits on it flipping around his overcoat, and caresses his beard while looking away from the camera.

His fans were thrilled to see a yet another good-looking avatar of the Jodha Akbar actor. The post received more than 2.5 lakh views in less than 20 minutes. Stylist and costume designer Anaita Shroff Adajania commented, "Uff uff!" A female fan reacted, "so sexy" while another called him a "dream".

Hrithik announced his next film on his 47th birthday this month. Titled Fighter, it would star Hrithik opposite Deepika Padukone for the first time. The Kaabil actor took to his social media and introduced Fighter with a motion poster and a sweet note introducing Siddharth Anand's production house 'MARFLIX' and Deepika. The action film is set to be released on September 30, 2022.

His caption read, "Presenting a glimpse of the MARFLIX vision as #Fighter! Looking forward to my first flight alongside the exceptional @deepikapadukone. All buckled up for this #SiddharthAnand joyride."

Deepika called her pairing with Hrithik a "dream come true". She shared the teaser with the caption, "Dreams really do come true...#Fighter #SiddharthAnand @HrithikRoshan #Marflix"

Siddharth Anand, who delivered a blockbuster in Hrithik and Tiger Shroff-starrer War, said, "This is definitely one of the most exciting moments of my life to bring together two of my favourite stars, Hrithik and Deepika, for the first time to the Indian and global audience. I am thrilled to begin the journey of MARFLIX, a production house dedicated to action film making in India. I start this journey of Marflix along with my life partner Mamta Anand. Starting MARFLIX with Hrithik is special as he is someone who has seen me even working as an AD, then as a director on two films and now I am not just his director but I'm also starting my production house with him."

1 months ago He is such a good looking man