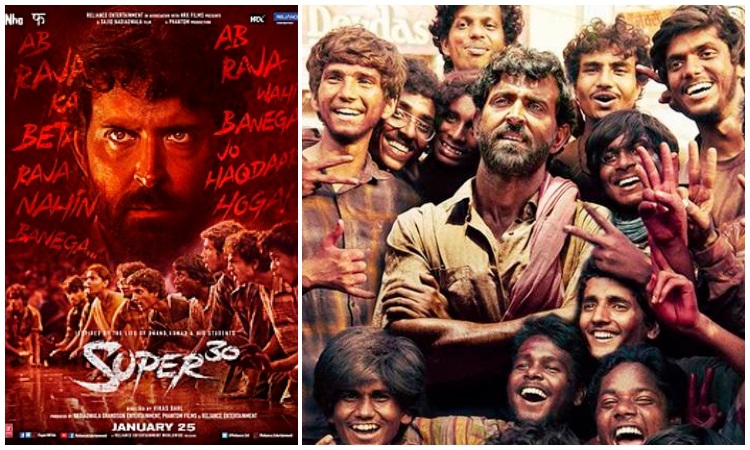 Ever since the makers of Super 30 released the posters on the teacher's day, it created immense buzz and excitement among the fans. The movie Super 30 starring Hrithik Roshan is all set to hit the theatres on 26th July 2019.

Hrithik Roshan took to his twitter handle and announced, "Happy to announce that #Super30 is headed for release on July 26, 2019. ! @RelianceEnt @NGEMovies @mrunal0801 @TheAmitSadh @nandishsandhu @super30film"

Super 30 is based on the life of mathematician and his education programme which educated many underprivileged students in Patna for the IIT-JEE examination.

Earlier, Hrithik Roshan unveiled posters of 'Super 30' on the eve of teacher's day which has created a lot of anticipation across all platforms.

The hard-hitting teaser poster of Super 30 featured the lines 'Ab Raja Ka Beta Raja Nahi Banega' is giving a hint of the inspiring story of the Patna based teacher.

2 years ago I will be eagerly waiting to watch Super 30 when the movie releases on the 26th of July.
Hrithik Roshan and Mrunal Thakur rocks

Katrina Kaif's sister, Isabelle Kaif gets a grand entry in ...