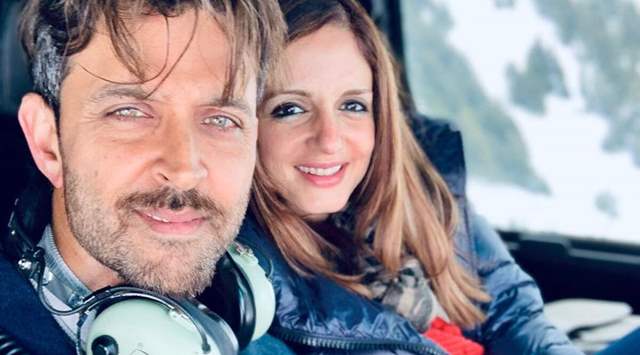 Hrithik Roshan and Sussanne Khan may have called it quits on their marriage, but the two are still great buddies. They continue to support each other, as well as each other's families. Sussanne has complimented Hrithik for being the best parent for their children on several occasions, and the actor has lauded his ex wife as well.

Just a few hours ago, Hrithik posted an appreciation message for his ex-wife on Instagram. Hrithik took to Instagram's stories section to share a photo of Sussanne. While sharing the post, the actor wrote, "So so proud of Sussanne! You are a superstar." 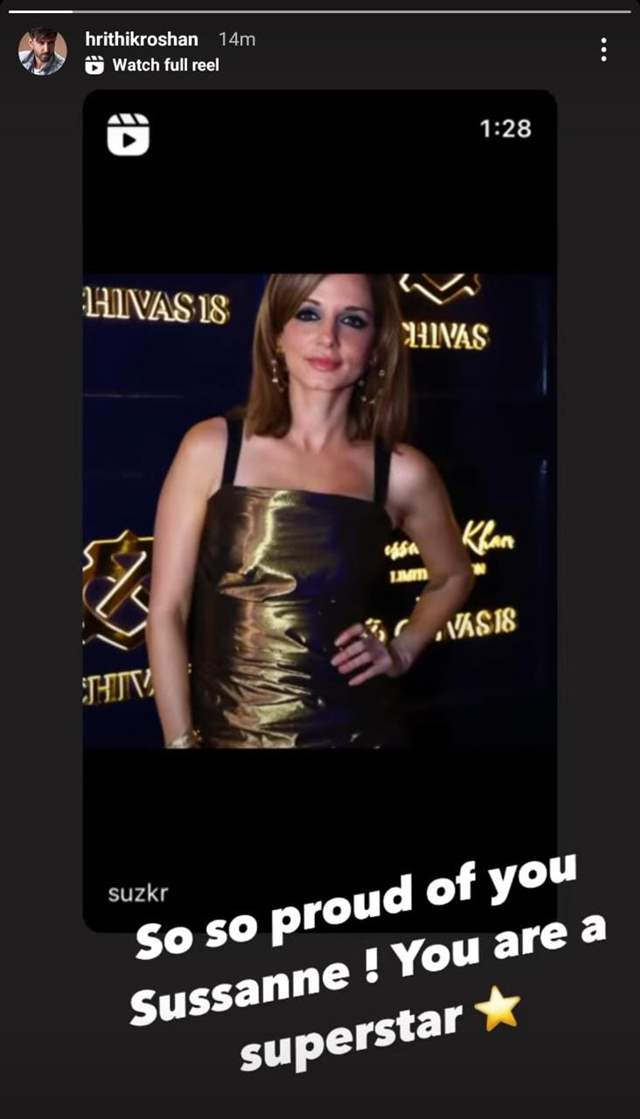 Blazing spark with their chemistry, the duo twinned in black and lit up the red carpet. During the ceremony, Hrithik was even spotted introducing the attendees to Saba. Saba and Sussanne, meantime, share a great bond and frequently compliment each other on social media.

On the job front, Hrithik has been garnering attention for his next film Vikram Vedha, which he will star in alongside Saif Ali Khan. The film is a Bollywood adaptation of the Tamil neo-noir action thriller film starring R Madhavan and Vijay Sethupathi. He'll also be a part of Siddharth Anand's Fighter, wherein he will share screen space with Deepika Padukone for the first time. Fighter, which also stars Anil Kapoor in a pivotal role, is set to hit theatres on September 28 of 2023.