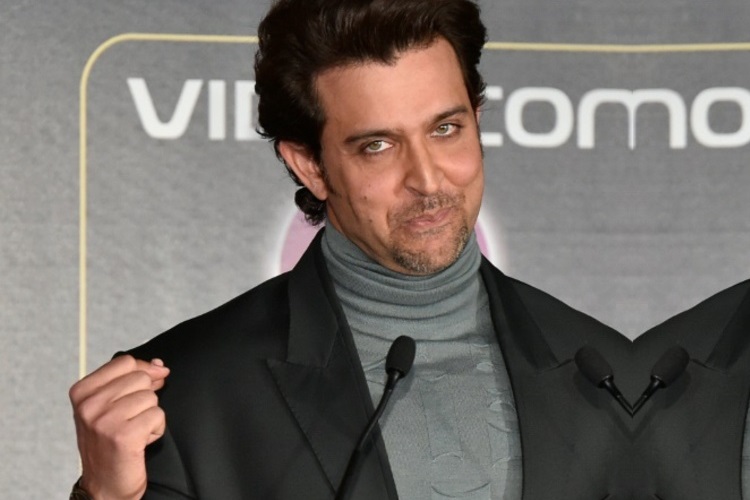 On the occasion of International Dance Day, which is celebrated every year on April 29, Hrithik Roshan's fans from Bihar have made a video giving a tribute to the dancing legend.
Hrithik Roshan, a name that is synonymous to dance has surely created a benchmark in Bollywood over the years with his exceptional dancing skills.
The 1.5 minutes fan made video is a Bihari ode to Hrithik Roshan terming him as Bihar Ke Lala. The video showcases visuals of the actor's songs and dance moves that became cult of their time.
Watch the video here:

Hrithik who is all set to play a Bihari character in his upcoming film, Super 30, is quite elated by his fans gesture.
The actor took to Twitter to thank them and posted: "Hahaha !"

Hrithik Roshan is one of few Bollywood actors to have a fan following across the country, appealing to different audience segments.
The actor who made his debut with 'Kaho Na Pyar Hai', has stole hearts with his 'Ek Pal Ka Jeena' moves.
There is no millennial who can ever get over that signature move.
Be it Dhoom, Bang Bang, Krrish to name a few, Hrithik's dance has always been an inspiration to many.
Watching Hrithik dance is always a treat, whether on screen or live the actor has always been hugely appreciated.
The actor has 'got the moves like a Jagger' and we are sure he will always surprise his fans with more awesome and fantabulous dance numbers in coming time!
It's heartening to watch this sweet gesture by his fans.
On the work front  Hrithik is currently busy shooting for his upcoming next, where the actor is all set to play mathematician Anand Kumar for Super 30.