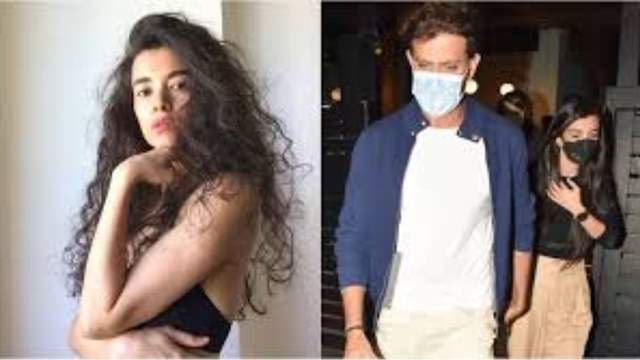 Hrithik Roshan and Saba Azad are the newest B-Town couple. They've been dating for a while and are still going strong in their relationship. Despite the fact that they haven't made their relationship official yet, their social media PDA and frequent hangouts speak volumes about their love affair.

Interestingly, Hrithik and Saba have been making headlines recently, and the star has sent his best wishes to his rumoured girlfriend's next project. Saba will be seen alongside Namit Das in Rumana Molla's directorial debut, Minimum.

Saba made the announcement on social media, revealing that the film, an immigrant Indian drama set in Belgium, will be released next month. Saba has been showered with love from fans and friends ever since. In the midst of this, Hrithik Roshan was seen cheering for his rumoured love. Hrithik wrote in the comments section, "Hehe. You're going to slay this! Oui? Oui!”. Saba responded, "hehe fingers crossed mon amour."

Meanwhile, Hrithik is currently working on the much-talked-about Bollywood remake of Tamil neo-noir action thriller Vikram Vedha. He will appear alongside Saif Ali Khan for the first time in the film, which is set to be released on September 30 of this year. In addition, Hrithik will appear in Siddharth Anand's Fighter alongside Deepika Padukone.