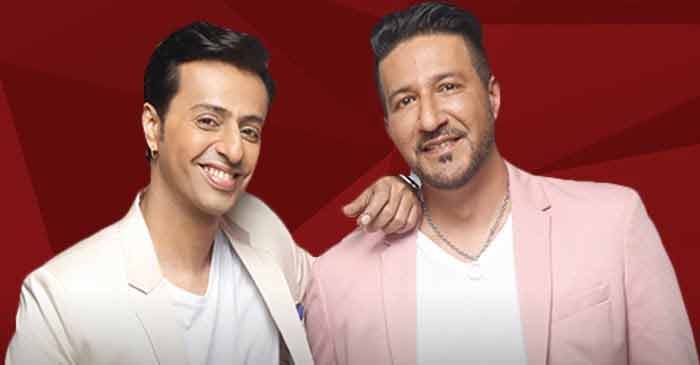 Music composer duo Salim-Sulaiman feel that a trend is made only if it is liked by the masses and the same is happening with remixes. However, they hope that this practice changes soon and the film industry comes back to making timeless classics again.

"If the audience did not enjoy remixes, they wouldn't be remade. The audience is loving it," Salim told IANS in an email interaction when asked if lack of creativity is the reason why Bollywood music is taking the route of remixes.

Sulaiman added that such trends are "short-lived like fast food".

"It gives you the kick initially and becomes an ear-worm for a while but it eventually vanishes. It is classics, fresh new songs that end up being in your playlists for long. Even today, a track from 'Rab Ne Bana Di Jodi' will be higher in your playlist than any remix. We sincerely hope that this practice changes and we as an industry are back to making timeless classics," he told IANS.

Salim-Sulaiman, who have composed for more than 100 films including "Kurbaan", "Rab Ne Bana Di Jodi", "Fashion", "Band Baaja Baaraat", "Aaja Nachle", "Heroine", are currently working on Amitabh Bachchan and Rishi Kapoor starrer "102 Not Out" and "The Accidental Prime Minister."

With such a long experience in the industry, they feel that early 2000 was the best year for the industry.

"If we had to pick, probably the early 2000s were the best years for the music scene in India. That was the time when we saw the best of the tunes being made and you will see that these are songs that still enthral the listeners," said Salim.

Added Sulaiman, "Even today, as composers our aim is to make good songs. When you make a good song, it automatically becomes a hit song, a song that the listeners love. What is happening is when you are bound by scripts and characters, you are forced to make hit songs.

"For us music is a passion and not a profession. Today's songs are made for movies and not listeners. That is why we will always continue to make timeless music that will last for years to come."

Not only the film projects, the duo have also teamed up with other artistes for "Yaari" (friendship) songs that will be released in Hindi, Kannada, Marathi, Rajasthani and Punjabi. This song was an initiative by McDowell's No.1 Soda's No.1 Yaari Jam, a digital music platform.

The five tracks are in five languages with band Swarathma leading the jam in Karnataka, Mame Khan and band in Rajasthan, singer IshQ Bector in Punjab and Siddharth Mahadevan and Soumil Shringarpure in Maharashtra. Salim-Sulaiman and singer Shaan also created a melody oozing with the essence of "Yaari".

The duo feels that music always gets a lot more interesting "when we collaborate with other artists."

"Most of them become our friends forever and the music we make together has a special meaning for all of us. Music around the theme of No.1 Yaari, in itself, was a brilliant concept for both of us to be invested in this novel endeavour from McDowell's No.1 Soda," said Salim.

Added Sulaiman: "We truly enjoyed the opportunity to collaborate with all the cool artists from across India who lent their flavour to the much-revered theme of Yaari. Creating music with each of these artists and adapting their different styles of music to make such amazing melodies is the most unique thing of the project."