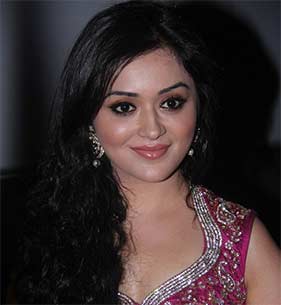 After sharing the frame with Tamil superstar Vijay in "Thalaivaa", actress Ragini Nandwani, who has landed a role with Malayalam superstar Mohanlal in upcoming satiric comedy "Peruchaazhi", says she's honoured to be working with him.

Ragini, who is a popular name on small screen through her Hindi soap "Mrs. Kaushik Ki Paanch Bahuein", is playing the lead in the film.

"I think god has been kind to me. I'm very honoured to be working with Mohanlal sir. I have been a fan of his work and I think it's a blessing for any actor to work alongside him. I believe the name Mohanlal will suffice (for the film)," Ragini told IANS.

The film's shooting will begin next month.

"I'm playing the female lead. I've been told that my portion will be completely shot in the US. Regular shooting starts from April 10. I'm extremely happy because my film was was first with Vijay and now with Mohanlal," she said.

Post "Thalaivaa", Ragini was offered several southern projects, but she has been choosy.

"I was offered a few south projects but I believe in quality over quantity. I've been very choosy and I'm glad that this film came my way. I've been waiting for such a big opportunity," she added.