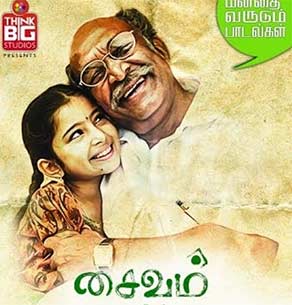 Hollywood audio engineers Marti Humphrey and Chris Jacobson, who have rendered their services for the upcoming Tamil drama "Saivam", are wowed by the film's family harmony. They couldn't believe such family accord still exists in India.

"We have worked on action and fiction films in Hollywood but we still find it hard to believe that the family harmony which is all over 'Saivam' still exists in India. We would like to visit India and experience it more on a personal level," the two jointly said in a statement.

According to director Vijay of "Saivam", his film will instill long forgotten family traditions in the audience.

"'Saivam' is about family values. It will zoom through every individual's family roots and help people understand the real meaning of family portraits. It will instill lost family traditions into the audiences," Vijay said earlier.

"Saivam", which is also produced by Vijay, features child artist Sara Arjun and Nasser in the lead roles.