You are here :
OVERVIEW ABOUT
4
NEWS DISCUSSION
1
FANCLUB

Shutterbugs kept clicking throughout the year, as celebrities kept trickling in one after the other, either for business or mere leisure.

The actors footfall started with 'X-Men' star Hugh Jackman's visit in March 2011, and Tom Cruise rounded up the year with his 'Mission Impossible: Ghost Protocol' co-star Paula Patton in tow, here. Jackman attended the FICCI-FRAMES 2011 and Cruise became one of the first international A-listers to attend his movie premiere in the country.

In March, Hartnett came down on a 30-day schedule for 'Singularity', which happens to be Indian actress Bipasha Basu's debut Hollywood project. They shot around Bhopal.

'Inception' director Nolan was here in May to shoot at Jodhpur's Mehrangarh Fort for his movie 'The Dark Knight Rises'.

Veteran actress Dench, who now plays M in the James Bond franchise, too was among the international entourage that came and shot in the country. She shot in Jaipur with Maggie Smith, Tom Wilkinson and Bill Nighy for 'The Best Exotic Marigold Hotel'.

Commenting upon her India visit Dench told an international magazine: 'I'd never been to India before, but, my God. I want to go back. I'd read E.M. Forster saying once you go to India and your life is never the same and I wrote it in the back of my diary. I didn't know how much that would apply.'

'Mr.Bean' Atkinson was spotted at the Formula 1 event, and was even seen in the Pink City. In November, Schreiber and Sutherland couldn't escape shutterbugs despite a hush-hush shooting schedule in old Delhi, for filmmaker Mira Nair's movie based on Mohsin Hamid's novel 'The Reluctant Fundamentalist'. Schreiber's partner, actress Naomi Watts, visited Jaipur with her mother Miv, her two kids and friend Georgia.

Yeoh came to India with director Luc Besson for the screening of her film 'The Lady' at the International Film Festival of India (IFFI), and Graham was also seen at the film extravaganza. Yeoh later attended the inaugural F1 Indian Grand Prix.

While many see the cultural exchange as a promising trend, actor-filmmaker Rajat Kapoor feels the visits of foreign stars is a wee bit over hyped in India.

But actor Kanwaljeet Singh said: 'People have watched their films since childhood, and some people watch more of foreign cinema..so for them, they are stars. What's the problem in that? Now if someone like Robert De Niro comes to India, of course we will try to go and meet him and try to shake hands with him. What's so bad about it? We admire them.'

Socialite heiress Paris Hilton too came down to launch her line of handbags in the country, and said: 'I had been wanting to come to India for a very long time because it is an incredible market. But I just didn't get time before.'

Singers and musicians were not far behind either.

In March, Senegalese-American singer Akon regaled his desi fans. Akon, who joined hands with superstar Shah Rukh Khan for the Hindi chartbuster 'Chhammak challo', brought in his birthday at a huge 'party' full of fans in Gurgaon, and later performed in Bangalore.

American rapper and singer, Flo Rida, best known for the chartbuster single 'Right round' from the movie 'The Hangover' was here for a quick visit, and performed for fans in Pune and Bangalore, in September.

In October, several other musicians thronged the nation. If international DJs Roger Sanchez, Edward Maya and Tom Navy performed at the after-parties of the Formula One after-party of the Airtel Grand Prix of India, the cherry on the top was Grammy award-winner Lady Gaga's performance on the day of the finale.

Gaga also promoted her album 'Born This Way' in the capital, and made her first appearance before the media in a tricolour hairdo, and sported Indian designer Naeem Khan's outfit.

What also created buzz was the first-ever performance by heavy metal band Metallica. For most fans, the event in Gurgaon turned out to be a dampener after the concert was cancelled last minute due to 'technical issues'. However, for those who caught the show in Bangalore, had no reason to complain.

In the following month, 'Hips don't lie' singer Shakira flew all the way to perform at a private birthday bash of a real estate tycoon K.P. Singh in Udaipur. British musician Imogen Heap was also here to perform for fans in New Delhi and Pune.

American rapper Pitbull came down on his maiden tour, a three-city affair, in December, and others who added jazz to the nation was Bob Sinclar. 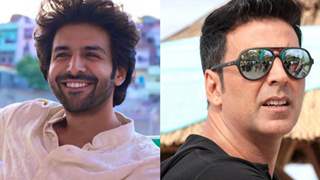 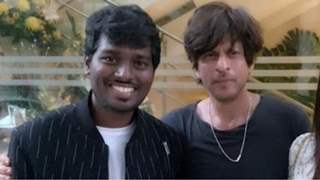