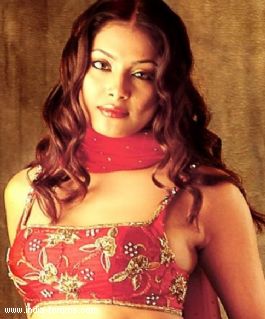 Bollywood actress Bipasha Basu, all set to make her Hollywood debut with 'Singularity', feels there is no hierarchy in Hollywood unlike the Indian film industry.

'The idea is to love films and to create films and that we are doing here and they are doing there. I have got my recognition here. So my loyalty stays here,' Bipasha told reporters here late Monday evening.

'The experience is wonderful there and there is no system of hierarchy there which exists in Indian film industry,' the actress said when asked about the major differences that she noticed after working in Hollywood and Bollywood.

'But also may be because we are a very populated country, we have to provide jobs to so many more people. So I understand why it's different,' she added.

Bipasha would make her Hollywood debut with 'Singularity' which is scheduled to release in 2012. The film also stars Hollywood superstar Josh Hartnett.

When asked about her chemistry with Hartnett, Bipasha said: 'Josh is a wonderful actor, really good looking guy. I think everybody has a crush on him when we see his films. Even I did but I had to let my crush moment go, once I started filming as it was a very intense film.'

'Singularity' is an epic romance time travel adventure film set against the backdrop of the first Anglo-Maratha war across two time periods and continents.

It revolves around four characters - a British officer in colonial India, an Indian woman, a present-day American marine biologist and his wife.

Neetu Chandra Bags a Role in Hollywood Film, 'Never Back Down: Revolt'