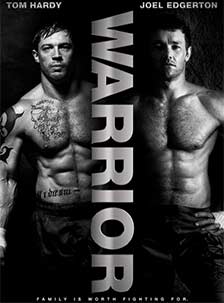 The 2011 Hollywood sports drama "Warrior" has inspired a new Hindi film which will be co-produced by leading global entertainment company Lionsgate and Endemol India.

Hindi film "Warrior", inspired by Lionsgate's critically-acclaimed North American release of the same name, will be the first film jointly produced by the two companies in India. The movie will be made under Eyedentity Motion Pictures, the film arm of Endemol India.

"Action-filled and emotionally powerful with themes of forgiveness and the enduring bonds of family, 'Warrior' will be a quality film made with top-of-the-line production values that we believe will strike a responsive chord with Indian audiences," Deepak Dhar, CEO, Endemol India, said in a statement.

"Warrior" tells the story of two estranged brothers and deals with their struggling relationship with each other and their father. The film will be adapted for Indian audiences and re-written for Indian tastes.

Eyedentity Motion Pictures and Lionsgate are currently finalising the cast for the film which is scheduled to go into production in December 2014.

"'Warrior' is the kind of locally-produced property based on timeless themes that we expect to resonate with mainstream commercial audiences in India," said Andrew Kramer, Lionsgate COO (international distribution).

Salman Khan's Official Statement about his Connection with ...
22 minutes ago