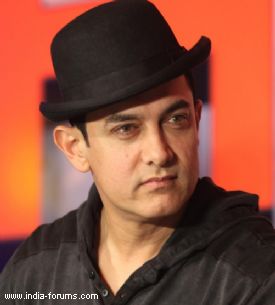 Actor Aamir Khan believes that men have to change first if we want to combat violence against women. Domestic violence, he said, shows "cowardice" and is not acceptable.

The actor recently sent a video message to endorse the cause of the One Billion rising campaign, a movement to end violence against women, said a statement.

"I believe that to combat violence against women, we men will first have to change. Raising our hand to strike a woman does not increase our masculinity. Instead, it shows cowardice," Aamir said in the video.

The campaign was proactive last year as well and organised many street plays to promote awareness of violence against women.

"Last year on 14 February, about one billion people in 207 countries rose, sang and danced to this demand. But gang rapes, molestations, dowry deaths, abuse and many more such violence against women have continued," said Kamla Bhasin, who is the campaign lead for South Asia.

"We are not going to let that drag us down. On 14 Feb 2014 one billion women, men and children everywhere will rise, protest, dance, and demand justice," she added.

Azaad Foundation that runs the only-women driver cabs will also organise a street play and a car rally across Delhi Feb 1-14.

Bhavini Purohit to be a part of Saath Nibhana Saathiya 2?
7 minutes ago

Urmila Matondkar Does Not Regret, But Ready to Apologise for ...
29 minutes ago

Shabana Azmi speaks about recovering from her Devastating ...
52 minutes ago

Who is AK in Sushant's Unseen Video that has Surfaced? Watch ...
56 minutes ago