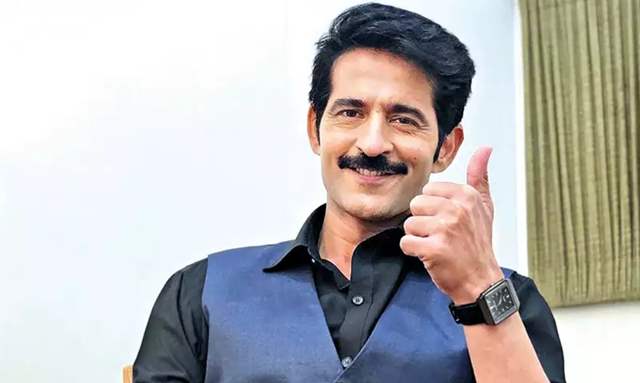 'Kasauti Zindagi Ki' is remembered for its complex plot which Televisions most popular leads deal with many unusual circumstances in order to come together. Star Plus brings back one of its most celebrated show of the early 2000s. Hiten Tejwani, the actor who played the lead role of 'Anurag Basu', couldn't hide his excitement for the shows re-run.

'Kasauti Zindagi Ki' is one of those shows which still remain iconic to this day, so is Hirten Tejwani. He will forever be remembered as 'Anurag Basu', the charismatic lead who had it all. Viewers are excited to see these talented actors and actresses back on television. The show became popular for its portrayal of extremely well written characters and their ability to bring out all kinds of emotions from fans and viewers. Let's see what Hiten Tejwani, has to say about his days on the show.

Hiten Tejwani, aka 'Anurag Basu' recalls his time on 'Kasauti Zindagi Ki', "There are lots of memories which we made during its run, I really enjoyed shooting my entry scene. I am truly feeling nostalgic thinking about it, the whole thing feels like it happened yesterday and not years ago. This is extremely great news, and I am very excited for 'Kasauti Zindagi Ki' re-run on Star Plus. There are lots of people who missed it the first time around, so now they will be able watch it. I want to thank Star Plus for getting the show back on TV!"

A whole new lifestyle has been created along the lines of 'Kasauti Zindagi Ki', fueled by the love from its fans and viewers. It will be interesting to see how the newer generation perceives this masterpiece of 2000s television drama. 'Anurag' and 'Prerna', the iconic couple will relive their glory days.

+ 11
3 months ago He's remembered more as Pratham Mittal and Karan Virani. Cezzanne Khan will always be the real Anurag Basu.