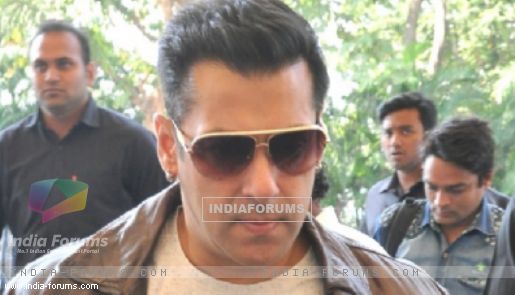 The alcohol content in Bollywood actor Salman Khan's blood was found to be higher than normal when he was made to undergo a test in the infamous 2002 hit and run case, a chemical analysis expert testified in a sessions court here Wednesday.

The permissible level of alcohol content in blood is 30 mg, whereas Salman's blood contained 62 mg, the expert told the court based on the reports.

Petitioner and advocate Abha Singh told IANS: "Today, Salman's blood sample reports were presented in the court and as per his reports, his alcohol level in 100 ml blood was found to be 62 mg.

"Any amount of alcohol found in blood is enough for an offence if you are found driving."

Salman's defense lawyer said the blood reports must be cross-examined by a doctor from J J Hospital, revealed Singh, and added: "I think the judge will soon pass an order on that.

"Besides, the RTO of Andheri office area had come (to the court) and the public prosecutor asked him whether the vehicle and its brake were in good condition."

Efforts are being made to wrap up the case by December end as it has already been delayed a lot, Singh said.

Salman was present for the hearing.

His car had allegedly mowed down five pavement dwellers, killing one and injuring four others in suburban Bandra on Sep 28, 2002.

The actor was exempted by the sessions court from appearing Nov 24, 2014. However, the court examined two prosecution witnesses on the same date.

One of them was the manager of a laundry situated at the place where the incident took place.