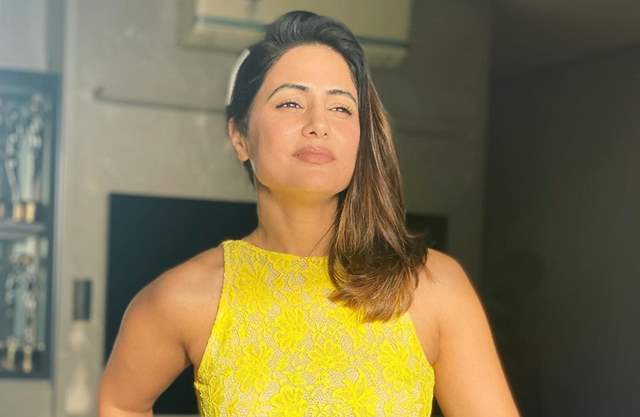 Actress Hina Khan has entertained her viewers over the years with her impeccable acting performances. Right from Yeh Rishta Kya Kehlata Hai, Bigg Boss 11, Kasautii Zindagii Kay to making her mark in Bollywood as well as the digital space, Hina has always delivered her best with quality content for the audience. In a recent conversation, Hina Khan believes that TV Actors hardly make it big in Bollywood as they don't get a fair chance.

Speaking to IANS, Hina states that what they lack is equality. She also mentioned that nepotism exists everywhere and it exits in our industry as well. Hina believes that if you're a star and you want to launch your kid, it's absolutely okay but it's not fair when you don't give an equal chance to the outsiders. "TV actors hardly make it big in Bollywood, just because we don't get a fair chance. At least, give us a chance to prove ourselves," the Actress added.

Hina also mentioned that Sushant Singh Rajput's journey inspired her a lot and she look upto him for so many things. She added that he made a place for himself in Indian Cinema with his hardwork and said that outsiders don't have a godfather, what they want is a little bit of respect and recognition.

Hina recalled how International designers helped her instead of Indian designers during her Cannes debut. She added that in the west, TV Actors are treated with dignity but it is the opposite here. She mentioned that many people don't want to work with them here and she doesn't understand the reason behind it. The Actress hopes that things change in our industry as soon as possible.

Surbhi Chandna gets talking about the thought process behind taking up ...