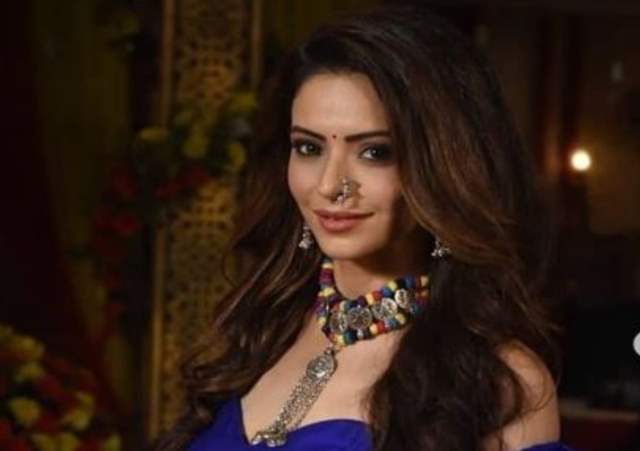 The wait is finally over as Ekta Kapoor has introduced Aamna Sharif as the new Komolika in Star Plus show Kasautii Zindagii Kay 2. Earlier in this season, Komolika was played by none other than television's 'it girl' Hina Khan. However, her track did not continue as Hina had other work commitments and now finally owing to her Bollywood projects, Hina Khan won't be continuing as Komolika in the show. The news sure saddened all the Kasautii fans, but Ekta Kapoor makes sure the fans are never disappointed. Hence, the character of Komolika has not been eradicated from the show and the new Komolika will be played by none other than Aamna Sharif.

We got in touch with Aamna who spoke about making her comeback after 6 years, comparisons with Hina Khan and more. Speaking about why it took her so long to make her comeback on screen she shared that she had a baby and wanted to dedicate her time to motherhood. She was busy enjoying that phase and does not regret being away from the screen.

Hina Khan received immense appreciation for her portrayal of the character and now Aamna will be replacing her in the show, we asked Aamna what does she think about comparisons with Hina Khan and she quipped, “Comparisons are inevitable and surely it’s a huge responsibility as Hina has really performed wonderfully and I hope I can also do justice to this iconic character in my own way.”

Aamna will be playing a negative character for the first time in her acting career. When asked what compelled her to take up the role, she said, “I don’t look at roles as positive or negative, they should be entertaining and challenging. When you get such a larger than life character to perform, it’s compelling enough to do it.”

The makers released an interesting promo of Komolika’s entry a few days back and we are extremely excited to watch Aamna on screen.

‘It's been a challenging year’ writes Sanjay Dutt’s Daughter ...
8 minutes ago