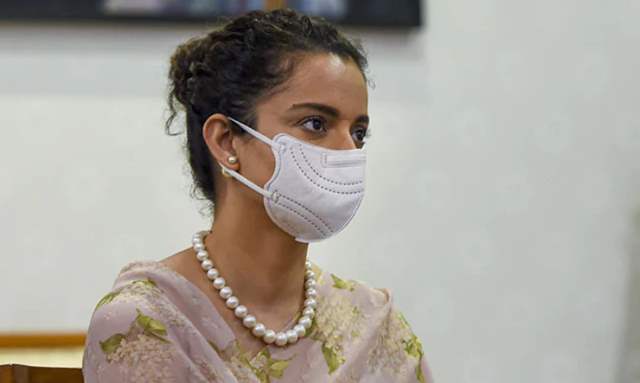 Actor Kangana Ranaut can finally breathe a sigh of relief after the court has ruled out a petition in her favor. She also has the right to have a Twitter account and express her thoughts, said the Bombay High Court after hearing a petition by a lawyer who wants Ranaut’s Twitter account blocked.

The petitioner was reportedly asked by the court to show how Kangana’s tweets have caused him personal injury or breached his fundamental rights.

Ali Kaashif Khan Deshmukh said, “I am a Maharashtrian, Mumbaikar and she calls the court Pappu Sena. This hurts me and that is a personal injury," quoted India Today.

Later, Justice SS Shinde told the petitioner, "Any individual can have this account. She also has the fundamental right to have an account to express her thoughts. So, you have to show how your fundamental rights are breached. Unless the case comes under the reasonable restrictions, can we accede to your request? If you have to judge what will you do?"

The petitioner argued that there is a difference between free speech and hate speech, and Kangana's tweets hurt many feelings. Khan was also asked to come up with fresh arguments as the court does not want 'to discourage a young lawyer.'

Previously, the Queen actress has also spoken against Maharashtra chief minister Uddhav Thackeray. On the other hand, the Bombay High Court criticized the Shiv Sena-led BMC for the demolishion of her office in Khar which was cited as illegal construction.

"Universe speaks to us in more ways than we understand”: Kangana on ...