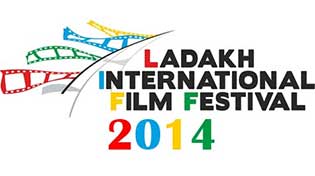 It hosted the maiden Asia screening of "Ugly", showed "Transformers: Age Of Extinction" and even welcomed heavyweights from Indian filmdom. But logistical hassles and lack of government and locals' support turned spoiler for the third Ladakh International Film Festival (LIFF), thereby raising doubts about its next edition.

When the curtains came down on the three-day fest Sunday night sans the festival director, Melwyn Williams' presence, visitors pondered if LIFF would return for another edition or not at an after-party.

Although, the event had some high scoring points - like the Asia premiere of Anurag Kashyap's "Ugly" and Rakeysh Omprakash Mehra's "Bollywood - The Greatest Story Ever Told" as well as the screening of Hollywood's latest actioner "Transformers: Age Of Extinction" - there were mismanagement issues at the fest held in the peaceful and serene surroundings of this Jammu and Kashmir region.

A children's workshop was to be hosted by filmmaker and Children's Film Society of India chairperson Amole Gupte; a book reading session was announced with Deepti Naval; the screening of "Transformers: Age Of Extinction" was planned to be held at the Druk White Lotus School, popular as Rancho's School post "3 Idiots" - but only on paper, not in reality.

Since "Transformers..." couldn't be shown at the school due to technical glitches, the students and the audience, situated in Shay, close to Leh, had to instead watch "Bollywood - The Greatest Story Ever Told", which was made by Mehra when Indian cinema clocked one hundred years.

Later "Transformers..." was screened on the closing day, and it saw a curious audience of army men who were disappointed when the film was stopped midway to accommodate a haphazardly organised closing ceremony.

Of the 67 film screenings announced by the organisers, most played on to an empty hall or auditorium - barring the ones that had some hype about them.

There were three movie-screening venues. Besides one auditorium, the other two were makeshift theatres in adjacent halls filled with plastic chairs with the movie being shown on a projector.

When this visiting IANS correspondent asked a few locals in the markets why they were not coming for the festival, most showed ignorance saying, "Which festival? We don't know."

What was more surprising was the fact that although LIFF's aim is to nurture filmmaking talent in the region, there were no Ladakhi filmmakers present for any of the activities.

A festival official told IANS: "Filmmakers in Ladakh make movies as a part-time profession. They have their main jobs to attend to and since the 33rd Kalachakra Initiation is coming up, they are busy with that as it means more business to them."

The picturesque city is right now gearing up for the 12-day event to be initiated by the Dalai Lama from July 3-14.

A source said on condition of anonymity that support from the locals was missing as the dates were not fixed to avoid it being close to the Kalachakra.

Nevertheless, some names from Bollywood added some weight to the festival.

Kashyap too came to present his film "Ugly" and Vikas Bahl of "Queen" fame was also present briefly.

Acclaimed filmmaker Mani Ratnam and veteran writer-lyricist Gulzar were scheduled to attend the gala but they didn't turn up.

On the jury panel were Nihalani, along with Klaus Eder, general secretary of the International Federation of Film Critics (FIPRESCI) and Maxine Williamson, head of the Asia Pacific Screen Awards.

Most celebrities believe the festival will take its due time before it takes off in a big way as the venue offers a novel experience.

It is undoubtedly a brave effort on the organisers' part to bring together a film festival at an altitude of over 11,000 feet - and in territory where the filmmaking culture is at a nascent stage and where film viewing options are limited.

But given that the past two editions had smoother sailing with better attendance, the third edition of the event turned out to be disappointing.